Zero develops Cop spec bike for the Cops at COP26 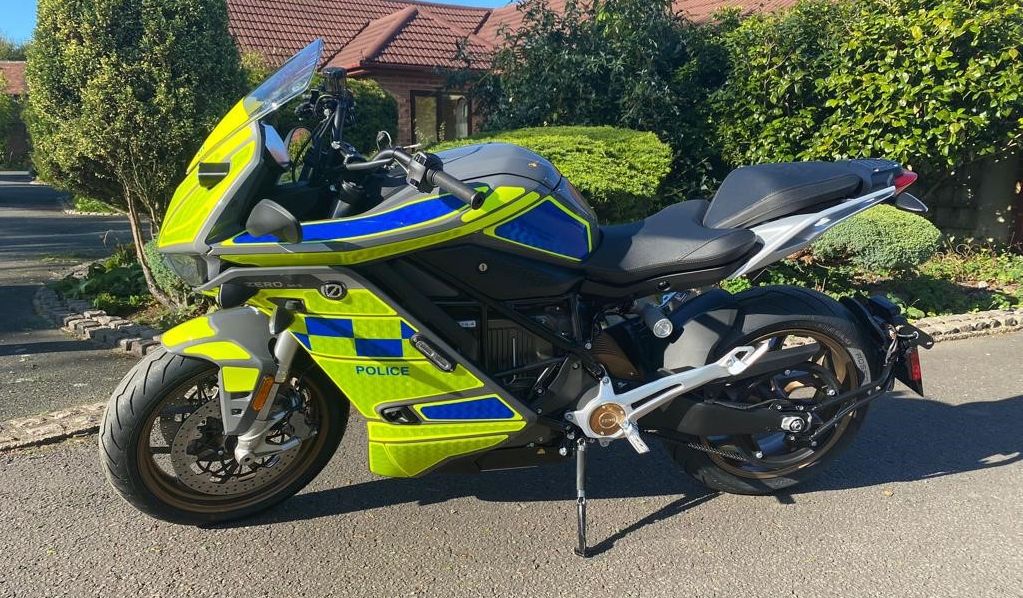 Zero develops Cop spec bike for the Cops at COP26

Cop a load of this! West Midlands Police have deployed a suitably green machine to police the COP26 climate change conference in Glasgow. Zero’s all electric SR/S.

The bike debuted at the UN Climate Change Conference of the Parties – aka COP26 – which opened in Glasgow this week.

The electric motorbike is being trialled by West Midlands Police whose traffic team are supporting the summit’s security operation.

The cops are using  using the Zero machine to chaperone dignitaries about the Scottish city.

Policing at a premium

The bike is capable of a 180 kph top speed and is able to travel up to a very healthy 300 miles between recharges.

The police version was modified by an English company called Woodway Engineering, a specialist in warning lighting and equipment.

Zeros SR/F has also been deployed unmarked as part of a 2019 road education programme.

“Zeros are proving to be popular with police forces throughout Europe and America, and we believe that this SR/S provides UK forces with a greener, yet incredibly cheap to run and practical solution for their fleets.” 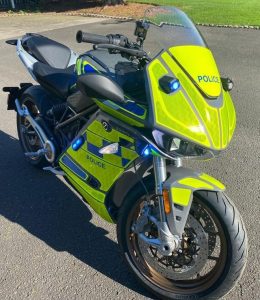 The electric bike is, of course, a natural choice for policing a global summit focused on tackling climate change.

Because the bike has direct drive, this isn’t a hybrid, there’s no gear box or clutch.

Using the associated smartphone App, the rider can ‘dial in’ the amount of engine braking as well as several other features.

This goes someway to negating the lack of a gearbox to downshift through when entering a corner at a pace.

What’s quite remarkable is the power of the direct acceleration, both from a standstill and while rolling on. The Zero SR/S is one very quick bike.

Here in Ireland, they are available exclusively from Franklin Motorcycles. You can  book a test ride – without the blues ‘n’ twos obviously – by calling 01 5385005.