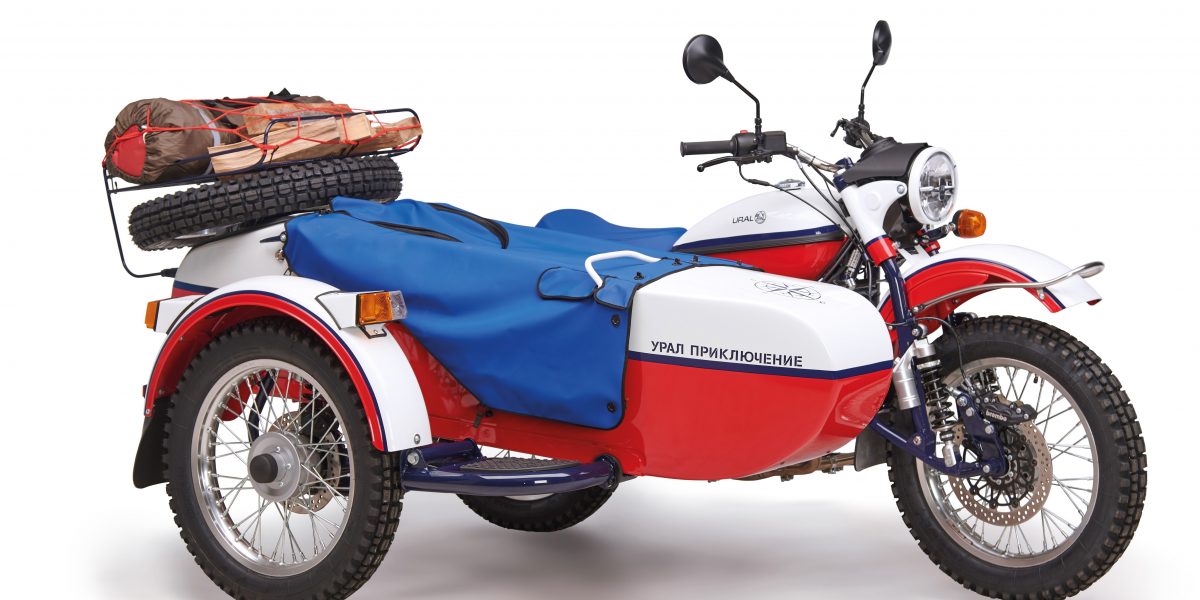 The people at Russia’s Ural Motorcycles felt it was high time they introduced some sort of M-edition like they do at BMW. Or at least some sort of adventure model, like they have at BMW or KTM.

Unfortunately they’d already squeezed maximum engine power from their standard 750cc, 40 pony engine. So with the limited edition Ural Adventure we’ll just have to pretend a sports model has joined the line-up.

Launched in November, this beast comes with a racy tri-colour look. In what is undoubtedly just a happy coincidence,  these are the colours of the Russian flag – white, blue and red.

It comes equipped with an ultra-light Italian manufactured GPR two-into-one sports exhaust system and a set of high performance shock absorbers. The Ural outfit needs five of the latter, not a cheap option if you want the chassis to benefit from full compression and have some sort of adjustable traction.

Et voila, as they don’t say in Russia – a Sports Ural! 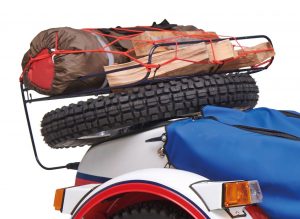 After they’ve done all this, the bike is really ready to earn the Adventure title. For it comes with the best tent ever, the Lone Rider.

It has so much space that under the awning you can garage yourself, your sidecar companion and your motorcycle.

They even throw in some firewood! It’s the least they can do to get you started.

Every Ural – it really doesn’t matter which model – promises heaps of adventure.

But with just twenty of these machines produced, if you want to fly the white, red and blue you’d best make your own pitch quick .

They are available now from Inchaquire Motorcycles in Kildare where prices for a more standard sidecar outfit start from as little as €14,000, including all the unpleasant taxes. Give any of the team a call on 045 403 167.

For your motorcycle insurance quote call our specialist team on 1890 945 950.