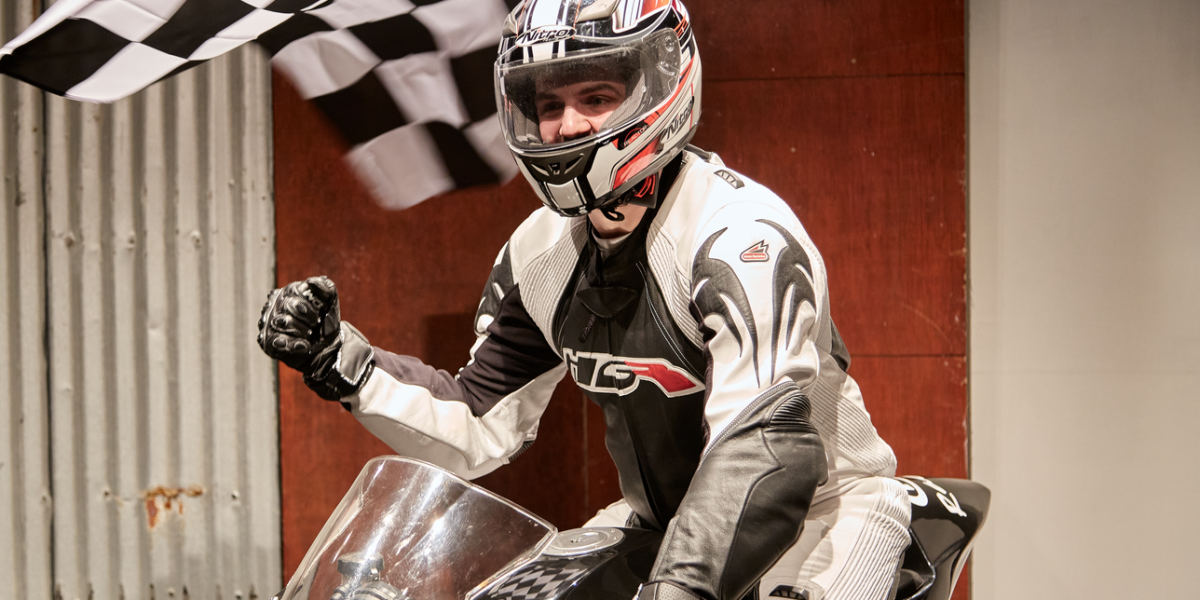 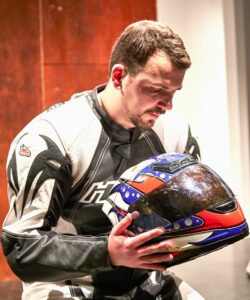 Next month a new play opens in Dublin which examines how we calculate risk and reward, centering on the Dunlop family and the decisions Michael, William and Joey faced bin their motorcycle road racingcareers.

According to Ernest Hemingway, “There are only three sports; mountaineering, bull fighting and motor racing, everything else is just games.”

This is no truer than when quoted in reference to Road Racing.

Nick Snow is an avid fan of the sport and an enthusiastic motorcyclist.

This month he’s putting on a new play about the sport. This will heavily feature the Dunlop family and in particular Michael.

Bringing a story like this to a theatre was quite a challenge. Yet in many ways it’s the perfect place for it to be told.

When we step back from it, this very much has all the features of one of Shakespeare’s plays. It’s a story which contains both glory and tragedy. It’s also delivered in a powerful and uncompromising way.

Nick elaborates, “I knew I wanted a simple two-handed dialogue, and I knew it would depict a debate involving Michael, William’s younger brother, at a time when he had to decide whether to continue his career and pursue his chance to surpass his own Uncle Joey as the most winning Isle of Man TT racer in history”. 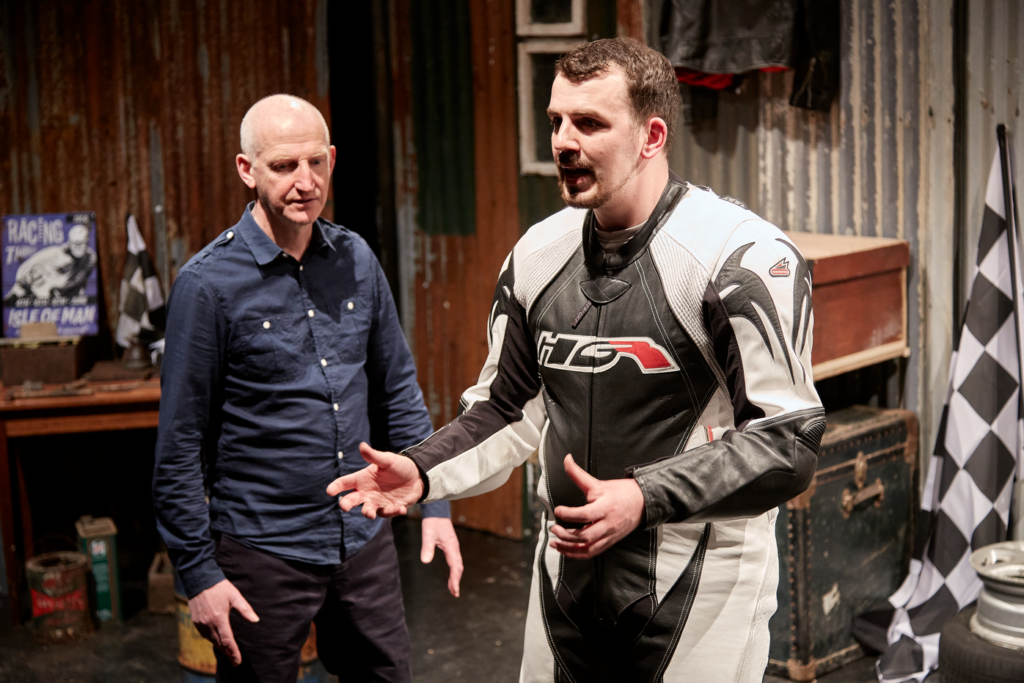 In its telling the play asks, not just Michael, but also the audience, how are we to calibrate what is safe enough, versus what that safety costs to the quality of our lives? 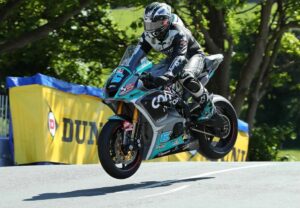 The safest possible option often seems to be the obvious choice but, it is not without consequences.

The risks that road racers take are ‘insane’ by normal standards.

Yet who but they can say whether the rewards are equally outsized?

And what of us the fans who watch and cheer them to glory and mourn them when they don’t finish the ultimate lap? To quote Achilles, “The gods envy us, for any moment may be our last.”

The Safety Catch is on at The New Theatre in Dublin from the 1st of November until the 12th.

It’s directed by Andrew McCracken and Fra Gunn. To buy tickets go to www.thenewtheatre.com and we’ll see you on opening night!

Looking for motorbike insurance without the drama? Call our specialist team on 0818 945 950.