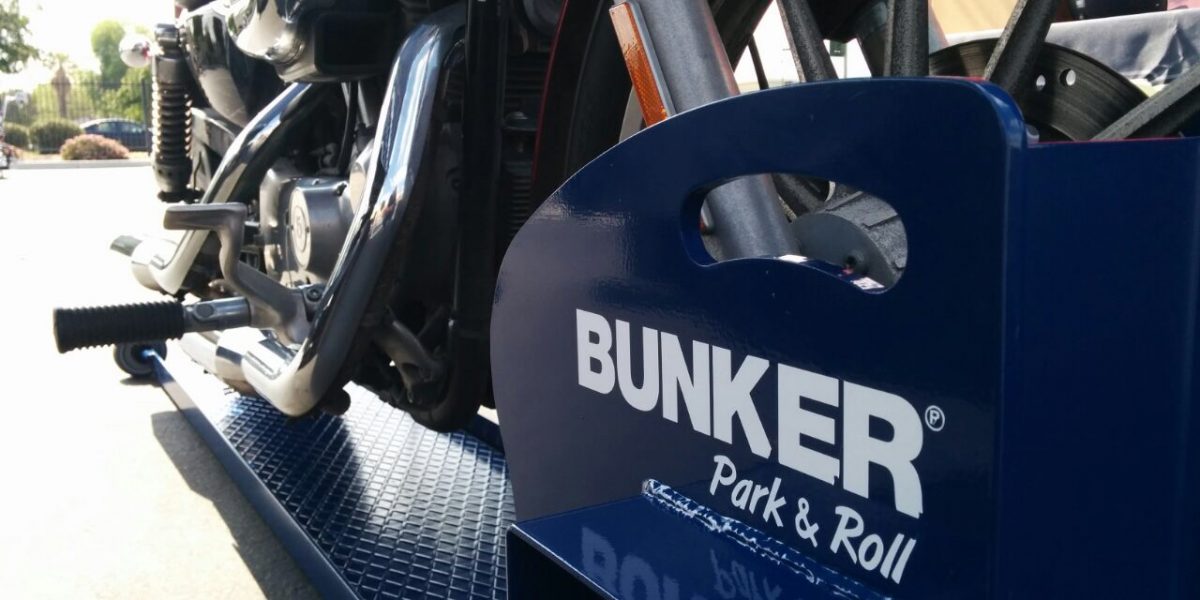 Motorcycle security is always a concern, for you as a biker and for us as a motorcycle insurance provider.

Nowhere is that concern more keenly felt than in an urban setting, when using common parking areas such as those found in apartment buildings and office blocks.

Welcome then the Bunker Park and Roll motorcycle security system which looks an impressive theft deterrent.

The system is rather like a bike ramp with a workshop bench’s clamp at the other end. 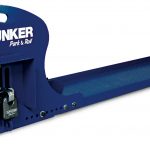 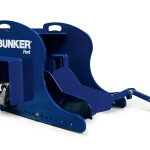 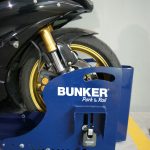 The second part is the ‘Bunker’, a chunky secure locking system. The unit shields the front wheel and features a tamper resistant bolt, which locks in place using a closed shackle lock from the parent security company, Artago.

The unit can be bolted to the floor, which makes it particularly tricky to move the thing.

Rather cleverly it can also pivot from the bunker end. Thanks to its 360 degree rotation axis, it can be rolled in against a wall in a parking space and you can add to the security by parking a car up against it. This prevents the bike from being accessed. 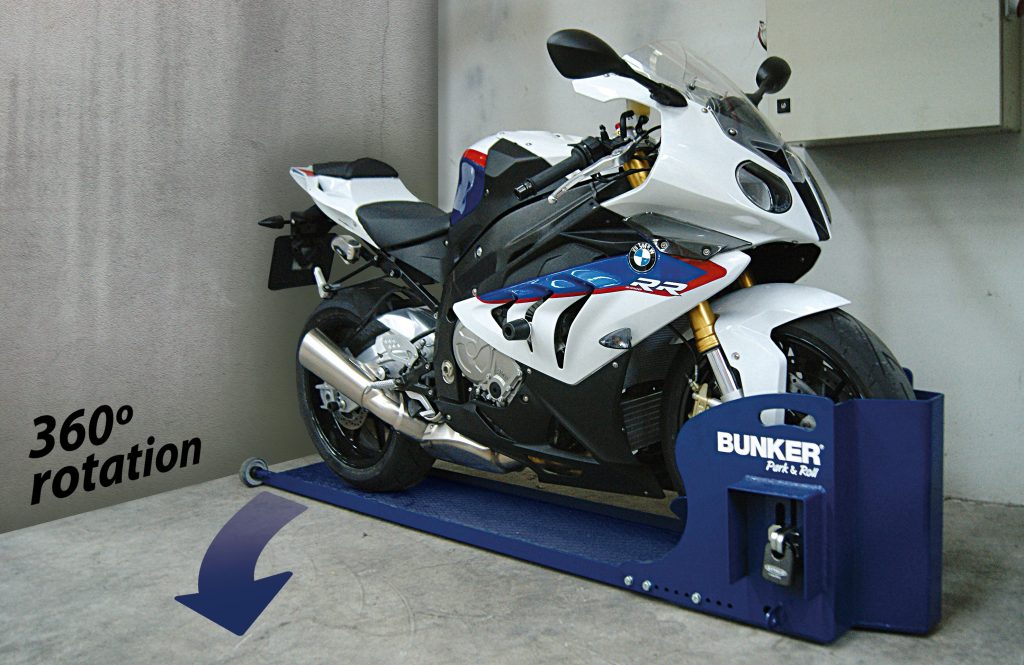 The unit itself is secure. Most importantly it cannot be removed even when the bike is not locked into it. The bunker part is strong enough to hold the full weight of the bike regardless of weight. Therefore anything from a CG 125 all the way to a Goldwing will sit in the unit and you won’t even need to utilise the main stand on the heaviest of machines.

The clamp also only holds the tyre so there isn’t even any possibility of leaving marks the wheel rim.

Loading the bike in and out of the Park and Roll is as easy as rolling a bike and it takes up less space than any conventional bike on a side stand.