Shopping for a super special Superveloce? 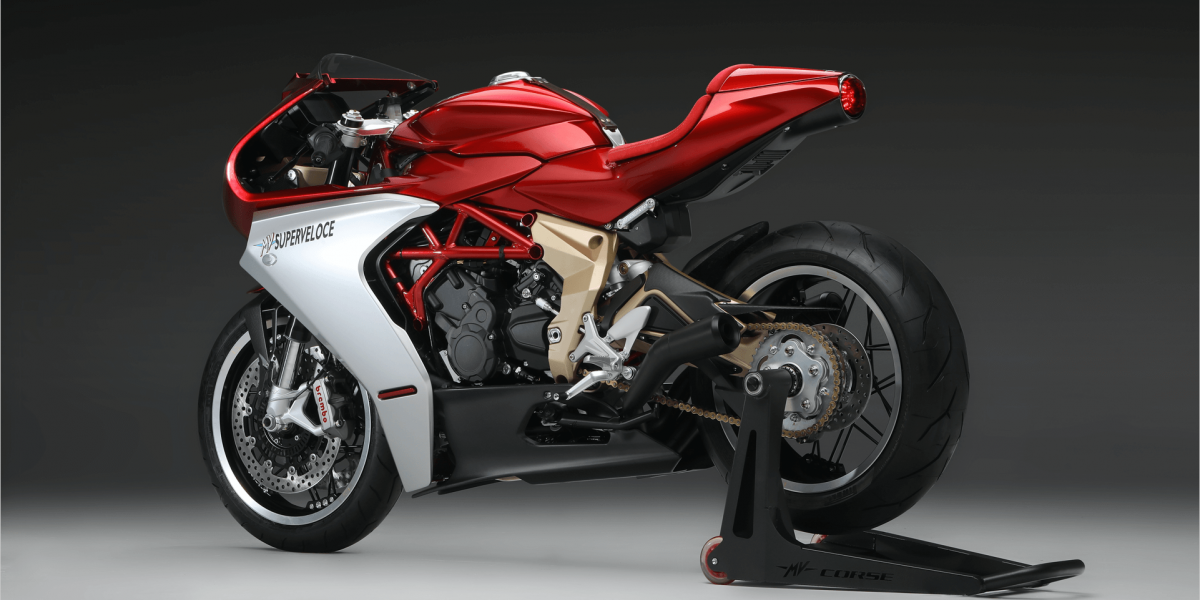 Shopping for a super special Superveloce?

He’d love to pick up the rare beauty that is the Superveloce Serie Oro. However, as those who’ve ever been at the bar when it’s his round, Paul Browne’s pockets aren’t that deep. Still, he – and we – can dream…. 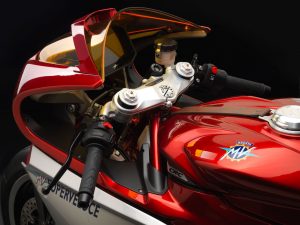 MV Agusta have always been associated with very special bikes.

When I  saw the range of bikes on their stand at EICMA back in 2019 the display was of just one beautiful machine after another.

Nothing else in Milan could hold a candle to what these guys had on show.

The one that really took my fancy was the Superveloce.

It’s a thing of beauty.

There were several different versions.

The one that I liked best was the Serie Oro. It has the same shape as used in Moto GP, a seamless fairing, that brilliant round headlight and and even more beautiful tail unit than the ‘standard’ one.

The Oro, however, even has spoked wheels!

The raised filler cap with its’ leather belt is pure 70’s.

Meanwhile the Marzocchi forks, Sachs shock, Brembo monoblocs and Pirelli Diablo Rosso Corsa II are all just where the cutting edge technology starts on this bike. 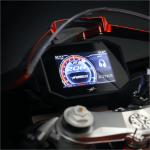 The power is provided by an 800cc triple. It produces 143bhp and weighs 175 kilos. Between the figures this is a more than usable piece of motorcycle.

Making this Superveloce even  more rider-friendly is the state of the art multifunction and full colour TFT screen. From here the rider modes are managed.

The bike has launch, wheelie, traction and even cruise control. There is, of course, an unobtrusive ABS system as well as a quick shifter. It wants for nothing.

The Superveloce Serie Oro has been built with a bespoke Arrow exhaust system. Where the ‘standard machine’ has a set of three end cans on the right hand side the Oro has two on the right and one on the left.

All of these were sold long before they were even built and there are none available. Except….

…Now one has now turned up here in Dublin. 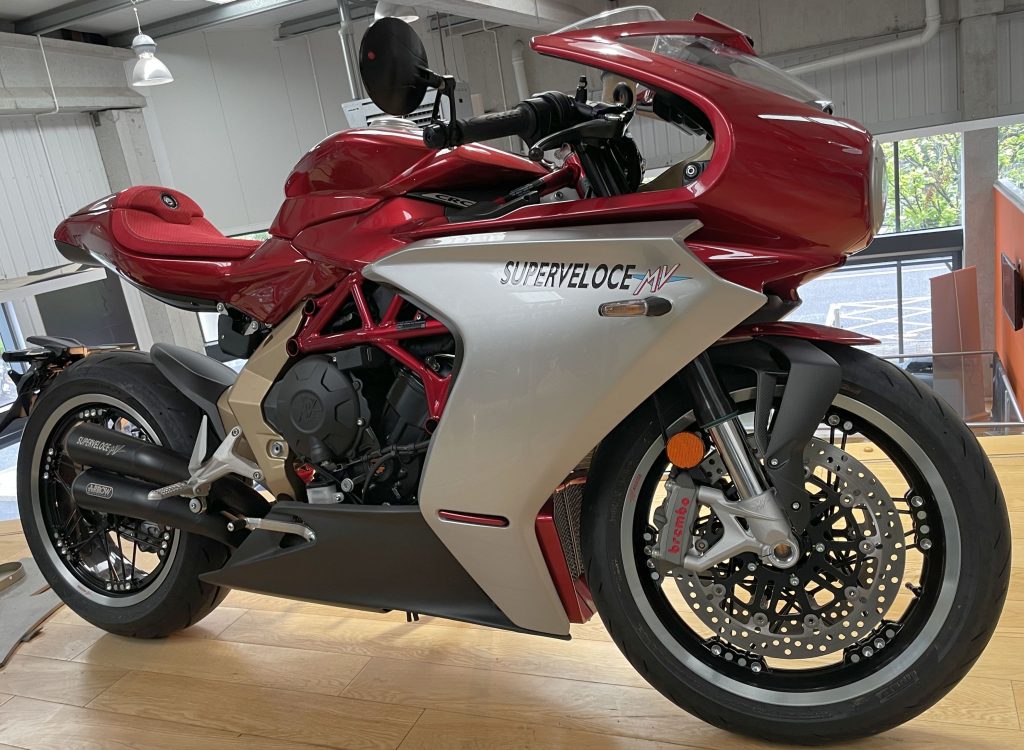 Rather bizarrely it’s never been ridden outdoors and it still only has 140 kilometres on the clock.

Since the Superveloce Serie Oro was launched just two have been resold. Both went for more than €38,000 each!

The good people at Rosso Ducati are handling the sale of this beautiful rarity for a private customer.