The Panigale 959: a beauty and a beast 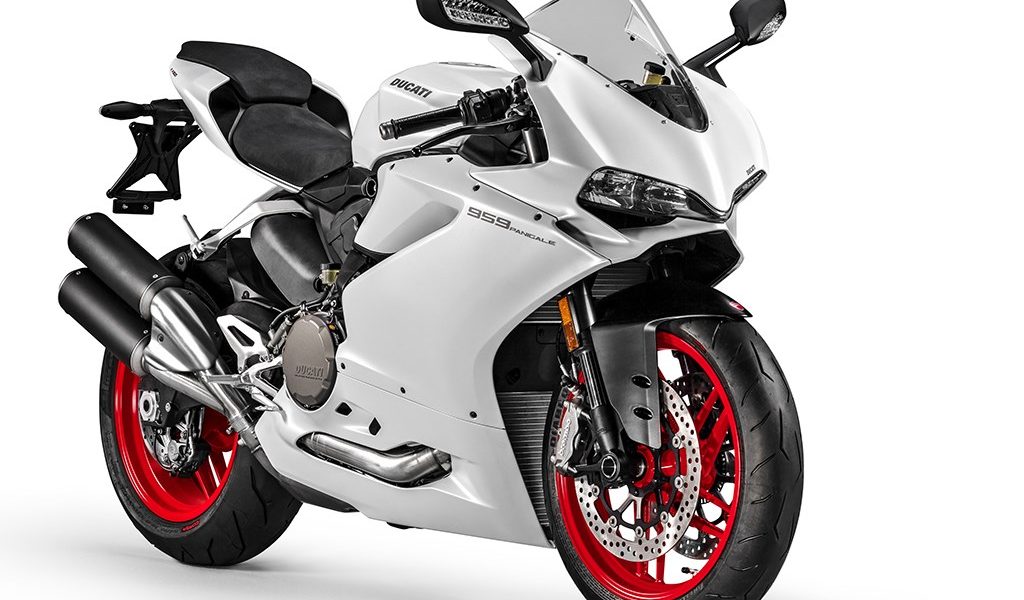 The Panigale 959: a beauty and a beast

Paul Browne put Ducati’s Panigale 959 through its paces at Mondello. It proved to be more than just a pretty face.

When I attended the California Superbike School at Mondello last year, one of the most striking features as we entered the circuit was a long line of Ducati sports bikes. They awaited arrival of the lucky punters who had rented one, or the even luckier instructors who get to call one of them their ‘office’.

Red bike after red bike made for a fantastic sight.

Most of us that day were riding machines we were more than comfortable on. Nonetheless, you couldn’t help feel a little pang of envy when you rode to the top of the pit lane to sit beside a rider on a Panigale. 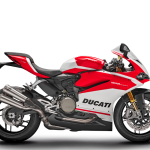 While there are bigger bikes in the range it’s the smaller Panigale 959 that took my attention.

Firstly, let’s just put that small engine in perspective. By ‘small’ we’re talking about a 955cc v twin race engine. That’s bigger than either the 888 or the 916 that got this started all those years ago. It manages to produce a usable 150 bhp with 102 NM of torque. When ridden in anger its secret to getting ahead of the pack is its handling rather than outright power.

Parked up, the Panigale – any of them – are gorgeous. The shape leans back to the classic 916 and is something that, if we owned it, would never be parked in a garage or shed. We’d have to clean it every day and wheel it into the living room where it would sit proudly on a set of paddock stands! 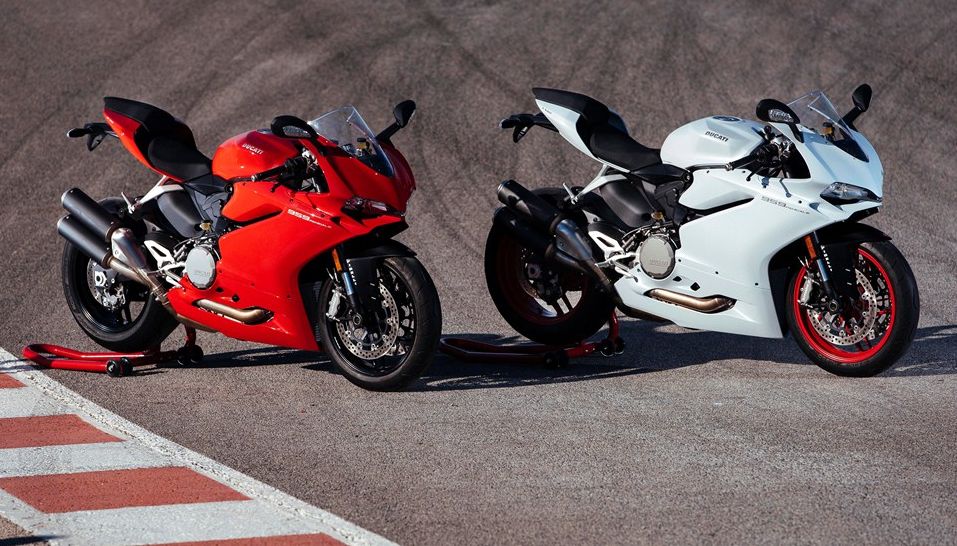 Parked up and gorgeous.

The ‘Artic White Silk’ paintjob looks great and the red wheels set it off nicely. But this is a fast Ducati and as such it needs to be red. The spoke arrangement on the wheels as well as the flow of the bodywork make the thing look like its pulling 200KPH while it’s just sitting there. Details like the ever so slightly raised decals that are lacquered into the paintwork tell a story of quality and maker’s pride.

The bike’s secret is its ability to work through the corners. To say it’s dynamic would be an understatement. Some of this is down to the suspension and some to the excellent race developed chassis. I found when riding it that the angle of the handlebars allowed me to put much more upper body input into the bike when getting it around the bends. It almost felt like a bike with conventional bars, so easy was it to steer.

This is a good road bike. It’s a little bit difficult to ride at consistently slow speeds in the city, but it will do all that’s 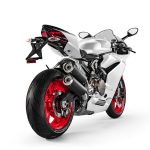 asked of it. Out on a country road the bike comes into its own and is more than rideable. Taking it to somewhere like the Wicklow Gap is very rewarding, especially on a Tuesday morning. The track, however, is better. If ever there was a machine made for the short circuit then this is it.

Big V-twins are always flattering. The question that the 959 left us with was ‘who needs over 200bhp in the real world’? The simple answer is ‘not us, but we’d like it anyway because that’s how we’re made’. In the meantime the smaller of the two will continue to supply us with all we need.
The Panigale 959 is available from Rosso Ducati where it retails for €17,995. The bike tested is the long-term demo and is available to ride. For more details call Keith on 01 464 2211.