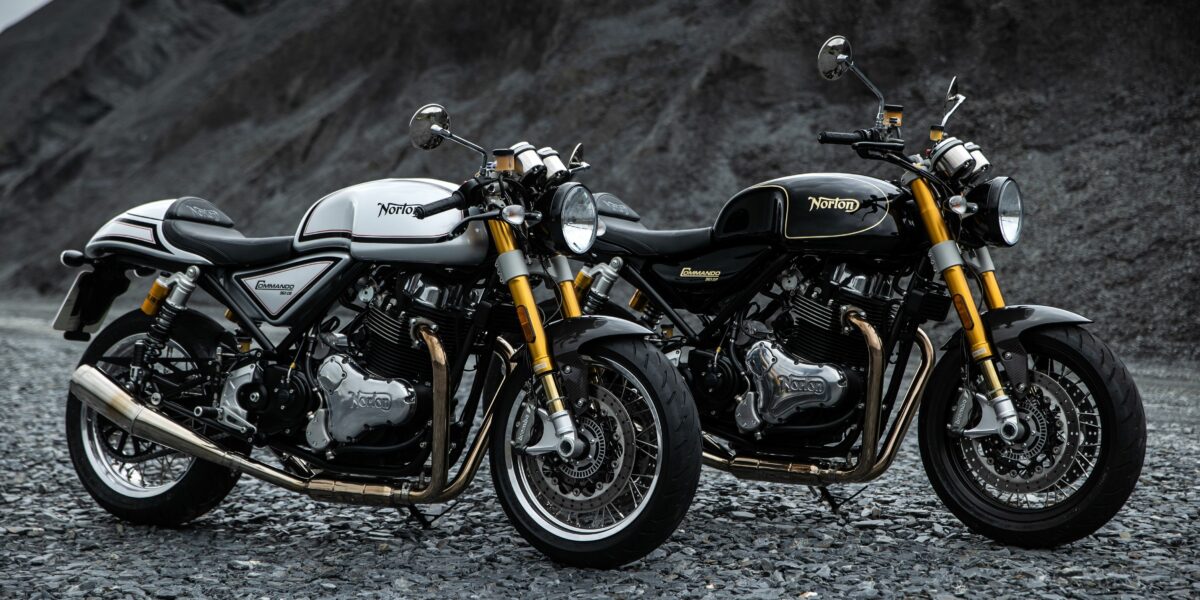 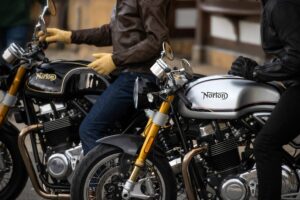 When we heard Paul Browne was going commando, we, understandably, shuddered.

Then we thankfully clocked that he was in fact checking out the latest iterations of the iconic Norton Commando.

Way back in 1967, the world had its first glimpse of the future icon that was the Norton Commando.

The following decade saw over 55,000 of these bikes sold. The Commando became both a movie star and a household name, as well as winning shelf full of  awards .

Now Norton Motorcycles has launched the new generation of its modern classic, the Commando 961.

This is the first new bike to be made at the company’s state-of-the-art facility in Solihull, which is also shiny and new.

I’m not certain, but I reckon that Solihull is in Birmingham which is a large Irish city in the centre of England. 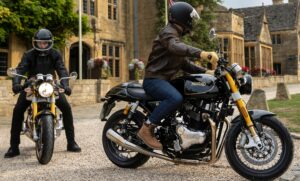 It’s available in two variants: the SP as well as the CR.

Both machines share an air-oil-cooled 961cc parallel twin. The unit makes 77 bhp along with 81Nm of torque.

The bouncy bits of road are dismissed with a set of 43mm Öhlins USD forks.

These are adjustable for preload, compression and rebound damping.

Down the back there’s a twin shock setup. These are also fully adjustable and made by Öhlins. A Brembo brake setup, with radial mount calipers at the front are coupled to a radial master cylinder.

There’s nothing old fashioned about this tech!

Norton’s bikes were always about the craftmanship that went into building them.

This continues on the new bike with a hand-crafted frame and exhaust system.

Also utilising that craft is the Matrix Black finish, complemented by a Duke Gold Norton logo and pinstripe combination.

Both sit on polished aluminium rims, and have hand-polished engine covers as well as their exhaust systems.

The SP has conventional upright handlebars whereas the CR goes for a lower-profile clip ons style.

These reside on aerospace-grade billet-machined yokes.

I’m waiting for news as to who will be the official dealer here in Ireland. As soon as I know I’ll be sure to let you know here on the Principal Insurance Ireland blog!