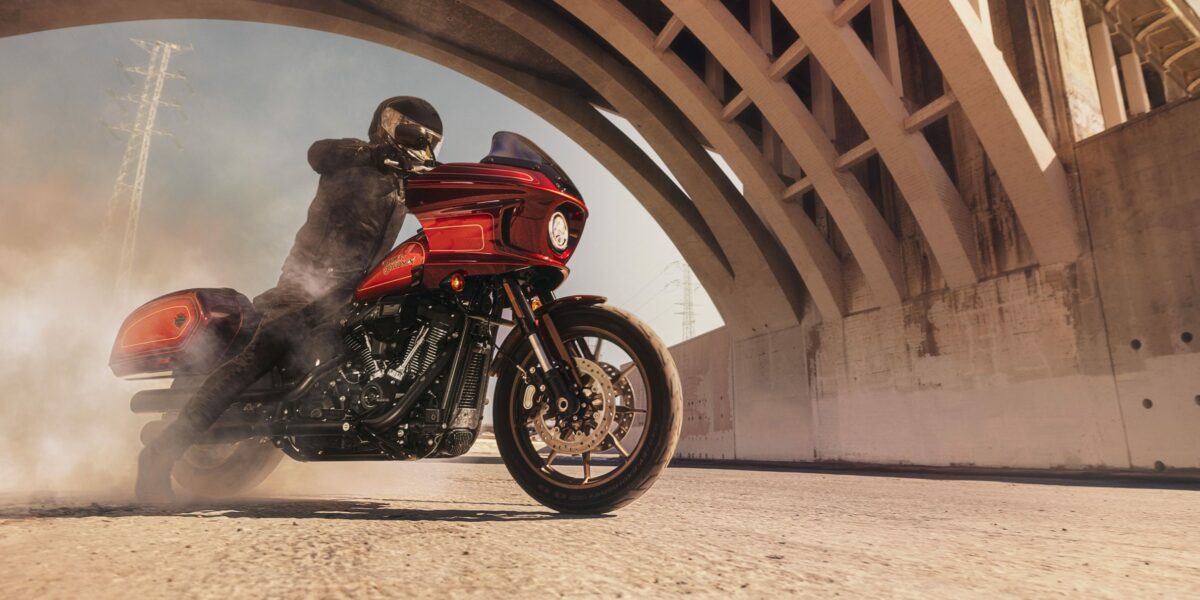 Turns out devil has not only the best tunes but some stunningly detailed bikes. Paul Browne casts a red eye over Harley Davidson’s new Low Rider El Diablo. 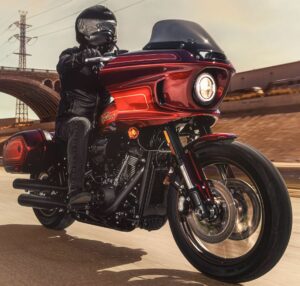 The Americans have been busy doing the devil’s work during the last few years.

I talk of Harley-Davidson and, in particular, the US manufacturer’s Low Rider El Diablo.

This new model is the latest edition to Harley’s Icons collection, a range featuring bikes that boast stonking paint schemes.

Message from the Vice-President

“The Low Rider El Diablo is a modern expression of the iconic 1983 Harley-Davidson FXRT and a representation of the creative times it was born in.

“It embodies the spirit of counterculture in Southern California in the ‘80s in a contemporary package that features meticulously crafted custom paint, including pinstripe trajectories that nod directly to those of the original FXRT.” 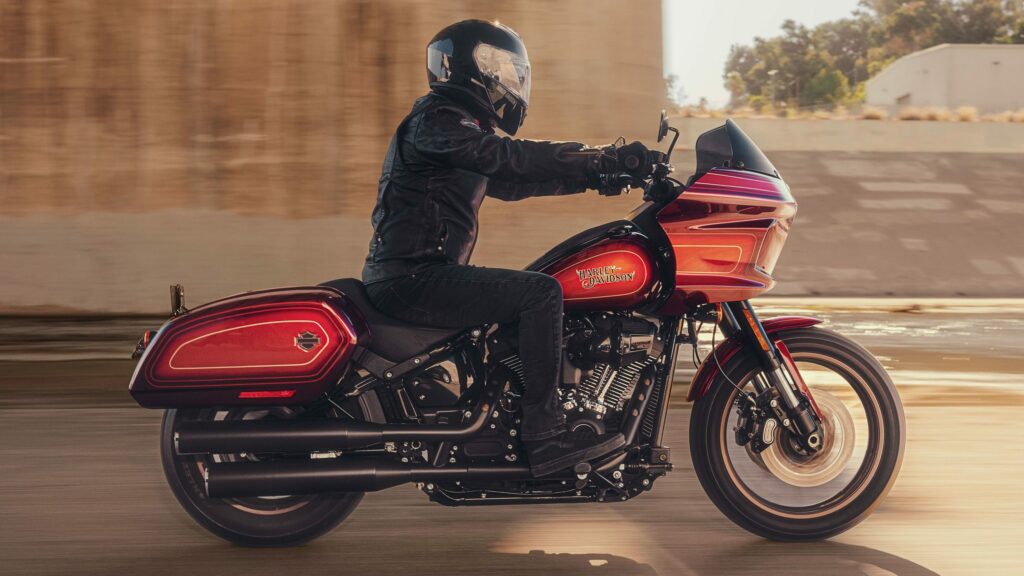 The numbered of the beasts

This series of motorcycles has been inspired by some of the company’s most recognisable models.

While each bike in the collection will be finished with signature colours, designs and parts, they’re all up to date with the very latest H-D technology.

Rather wonderfully each one will be individually numbered while a new one will debut annually, with no more than two bikes released in any given year. 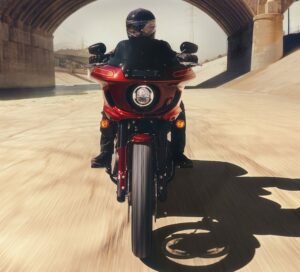 This particular Icon is built on the Low Rider ST which in turn sits on a Softail chassis.

The bike has a frame mounted fairing as well as a set of integrated panniers. Both of these give the bike plenty of scope for touring.

The ‘muscle’, meanwhile, is provided by the now well proven Milwaukee-Eight 1918cc V-Twin.

What Brad and the rest of the team are rightly proud of is the bike’s hand-painted colour scheme.

The job is outsourced on all of the bikes to a company with the wonderful name of Gunslinger Custom Paint. The team in the paint shop have created a rolling work of art.

Gunslingers paint scheme begins with a base of El Diablo Bright Red and a second pass of Bright Red Sunglo.

The red pinstripes are masked off and a layer of El Diablo Dark Red and Dark Red Pearl is faded around the panel shapes to add depth.

After masking, a layer of El Diablo Dark Red Metallic is applied to surround the El Diablo Bright Red colour, with a fade effect where the colours meet to add depth. 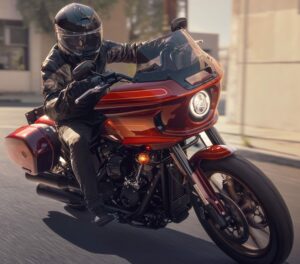 When the masking is removed El Diablo Bright Red pinstripes are revealed on the saddlebags, tank sides, fenders and fairing.

For more on the Low Rider El Diablo and the rest of the Icons  range call Derek at Dublin Harley-Davidson on 0 1464 2211.