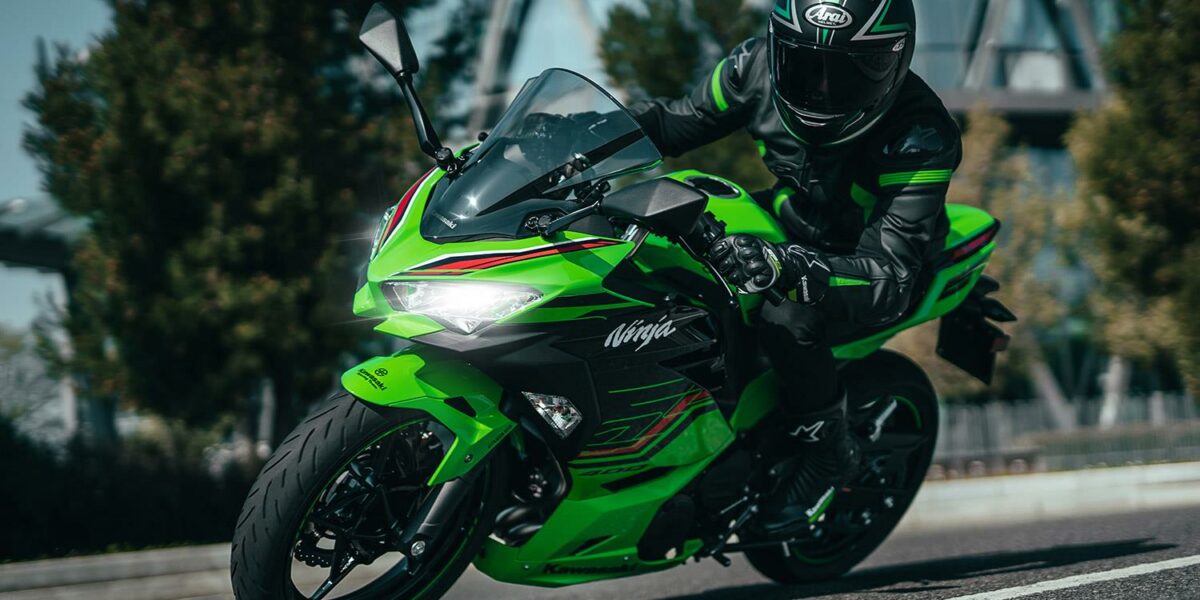 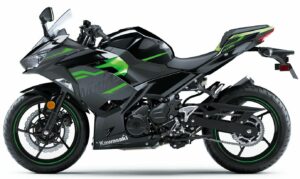 An important part of the Kawasaki line-up, the Ninja 400 is the base machine for an awful lot of race and championship winning machinery.

It stars in the highly competitive World Supersport Championship as well as a host of other classes and competitions across the globe.

This is proof enough that the handling and performance credentials of the Ninja speak for themselves.

Indeed our very own Team 109 have been scoring success after success with their Kawasaki Ninja 400 race bikes all season long.

Licence to thrill (from A2 on)

The 400 has that unmistakable up-to-the-minute Ninja styling derived from a long legacy of the class.

Covering all the bases this is a bike that’s suitable for those with an A2 category licence as well as a full one.

The engine is a 399cc Euro 5 compliant four stroke parallel twin, kicking out 45 BHP. It promises the rider hours and hours of fun riding on  public roads or the track where it leads its class as a race bike. This, of course, also makes it the perfect trackday machine. 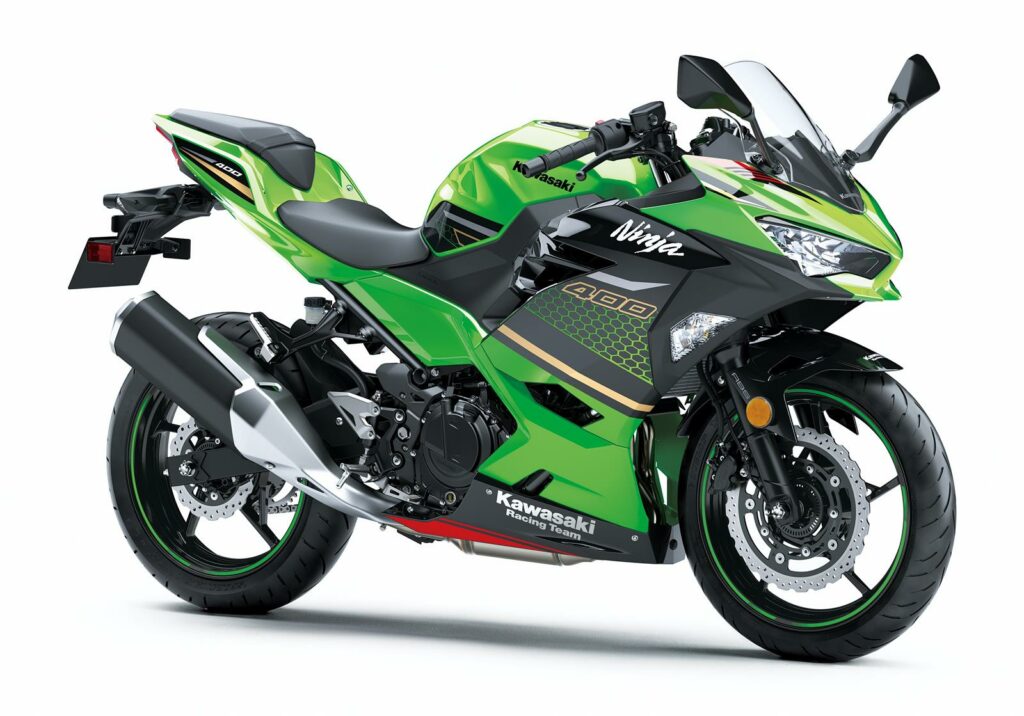 The Ninja 400 also has a lower seat height, making it more approachable and less intimidating to novice riders.

Downshifts are softened with a slipper clutch which also comes as standard.

Also helping out on the riding front is the lightweight trellis frame.

The rear is fitted with Uni-Trak suspension, braking is facilitated by a single disc and calliper on each end while ABS comes as standard.

The clocks are a mixture of digital and analogue and even feature a gear indicator as well as a fuel gauge.

The headlights are LED units and the indicators are helpfully recessed into the fairing.