The HP4 Race lands in Ireland 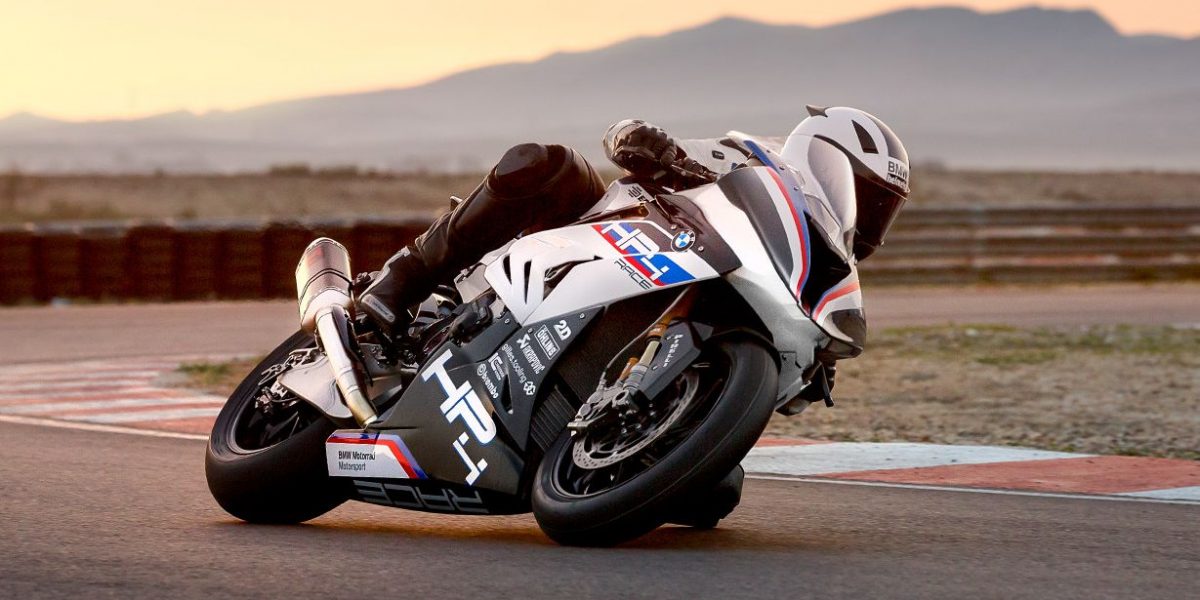 The HP4 Race lands in Ireland

Ladies and gentleman, it’s here so please put your hands together for the HP4 Race.

As we know, things move on and bikes get better and the S1000RR has been somewhat of a benchmark in the evolution of race reps.

It has been up there with the best of them in the rapidly evolving superbike market for a number of years now. It’s a leader in the electronic rider assistance that we seem to need to manage the 200 BHP – and the rest – that the current litre class is putting out.

Every bit of the HP4 Race, this latest and ultra high-end iteration of the S1000RR, is special. Just look at it – and look at it go (check out BMW’s promo video here). 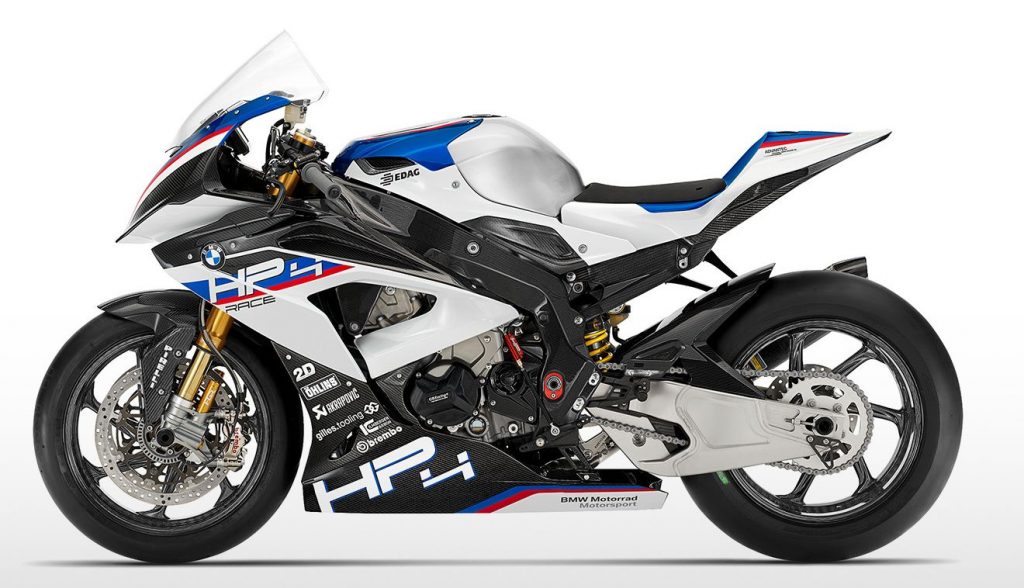 That the in-line four produces 215BHP may not be in the scheme of things. But the fact that BMW have made a bike with this type of power and got it on the scales at a little less than 147 dry kilos is nothing short of remarkable.

The HP4 is a pure race bike. The production run has been limited to 750 with every machine hand-built by specialist technicians. Each is fitted with a numbered sticker.

It’s hard to look at the bike without seeing just how much carbon fibre is involved in its construction. Rather than just the usual race panels being made of the stuff, so is the frame. Not only does it look great but it also weighs four kilos less than the standard frame. 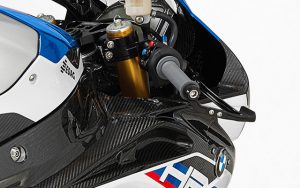 The use of the lightweight product continues at the front where the ram air intake gives the machine a look so aggressive that it seems to need to be ridden at ten tenths or not at all.

This is a single purpose machine, and that purpose would appear to be to propel the rider to victory in whichever race class being ridden in!

The HP4 Race engine was hand-made in the Motorrad factory in Berlin.

Top figures include a production of 215 BHP as well as 120 Nm of torque at 10,000 RPM. This new engine has been developed from the WSB blocks and revs out at a healthy 14,500 RPM. This is a bike thats ready to race right from delivery to the customer.

Power is, as we know only too well, nothing without control. To this end the HP4 Race is fitted with a set of Moto GPs favorite stoppers, the Brembo GP 4 PR brake caliper. This piece of gorgeousness is dressed with the best of lines and pads and encompasses a 320mm floated racing brake disc.

The gearbox is controlled via its very own HP Race shift assistant pro. Thanks to the lack of a spring actuator the rider gets perfectly clear feedback with each gearshift. The box is reversed as is usual in racing but can be ‘returned’ to a normal road set up if necessary. The wheelie control and the maximum engine torque are tuned to the four riding modes: DRY1, DRY2, INT and WET. Pit lane limiters and launch control are automatic.

The chassis of the new bike is fully adjustable for use on any type of racetrack. Using the variable offset adjustment, teams can adjust the factory settings. 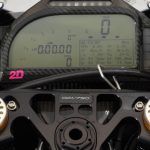 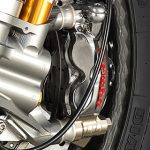 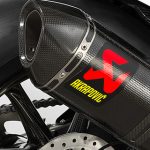 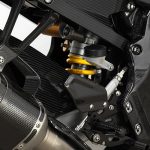 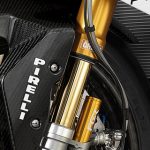 The dash is simply spectacular and as well as offering the rider a choice of settings also displays information in a clear and easy to read manner.

The footpegs, seat height and handlebar tapering can all be adjusted to fit the rider. The traction control and engine braking can also be tailored to suit and the whole thing sits on a set of beautiful carbon fibre wheels.

A bike like this has been engineered to win races and to that end everything has been lightened or removed if not necessary. It’s even held together with titanium screws!