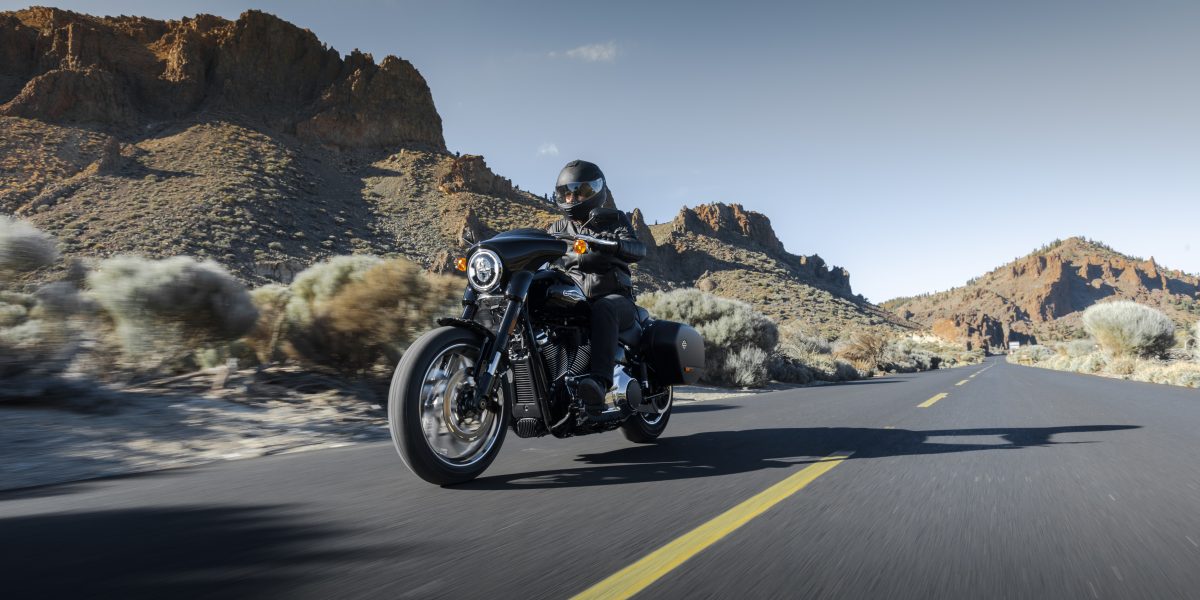 The new Harley-Davidson Sport Glide is described by the company as a “quick-change artist.”

That’s because this aggressively styled factory-custom cruiser is fitted with a detachable fairing and panniers making it ideally suited for touring, cruising or commuting.

It’s fair to say the new machine works as well on city streets as it does a long-distance weekend run. 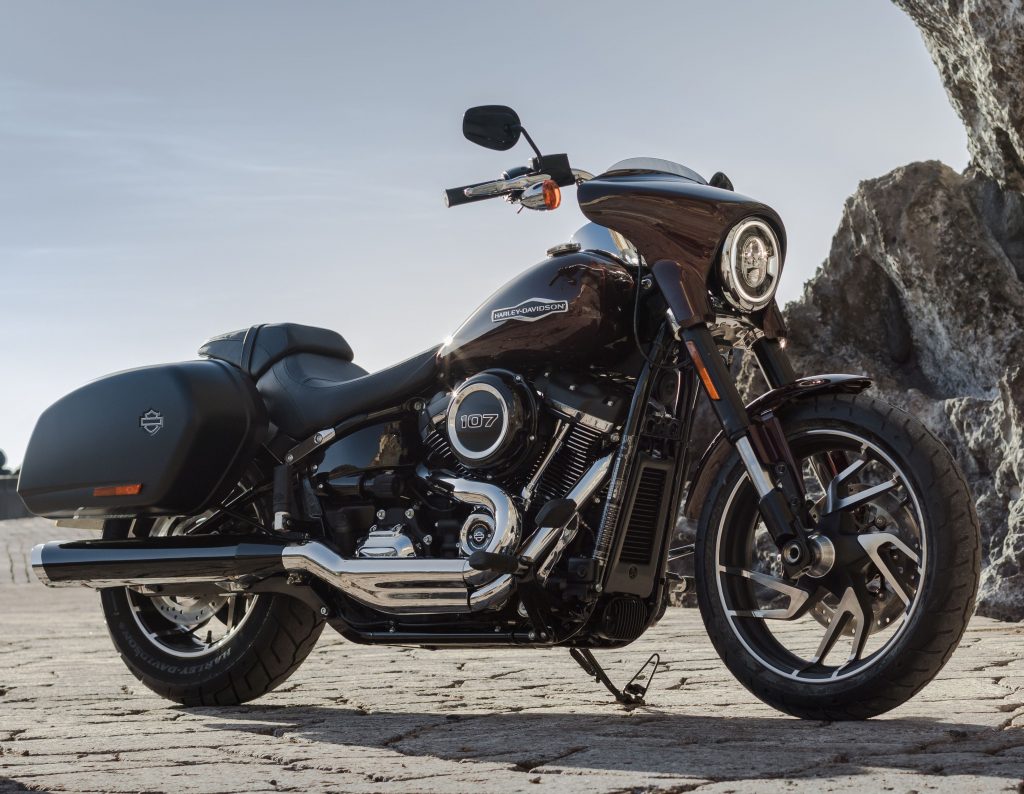 The Sport Glide, as good on city streets as weekend runs.

This is the ninth model built on the new Softail chassis, first seen in late 2017, and the latest in a schedule of no fewer than 100 new motorcycles that the company plans to introduce over the next decade.

As with the previously revealed all-new Softail machines, the Sport Glide combines technology and style.

Quieter, cleaner with plenty of grunt

The new chassis is married to a new rigid-mounted Milwaukee-Eight 107ci V-twin power plant. This engine is quieter and cleaner than any of Harley-Davidson’s engines to date and also produces a rather wonderful amount of torque. Needless to say it all comes together to provide excellent acceleration and plenty of overtaking grunt.

The lighter but more rigid frame is complemented by a set of 43mm inverted forks, which feature a single-cartridge damping system for precise feedback, stability and confident braking performance. 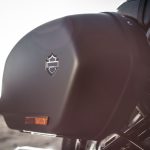 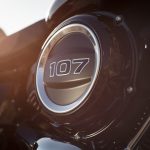 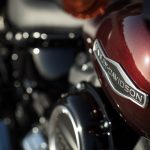 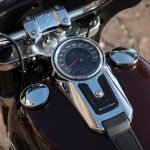 The Sport Glide benefits from a hidden monoshock rear suspension with remote hydraulic spring preload adjustment. It is, therefore, easy to accommodate the weight of luggage or passenger without compromising the handling of the machine.

The mini-batwing fairing has been designed to direct the breeze away from the rider’s chest, while leaving a nice clean stream of air to the head – life isn’t always about riding in the fast lane. Secured to the fork legs with quick-release clamps, this smaller but classic-styled Harley fairing is both fast and easy to remove to give a typical cruiser stance. There is a taller screen option available, but a recent first ride test showed the standard one to be more than effective.

A set of rigid and lockable panniers with a combined capacity of 25.5 litres underlines the Sport Glide’s universal role. These are also quick and simple to remove once the panniers are opened to enable access to their securing points. Off the bike the mounting system is very cleverly all but invisible. They are also easy to open from the rider’s seating position and feature damping rods to slow the hinged ‘doors’.

The Sport Glide will be available from both Harley-Davidson dealerships in Dublin and Waterford, with prices starting from €20,895 for the Vivid Black version.