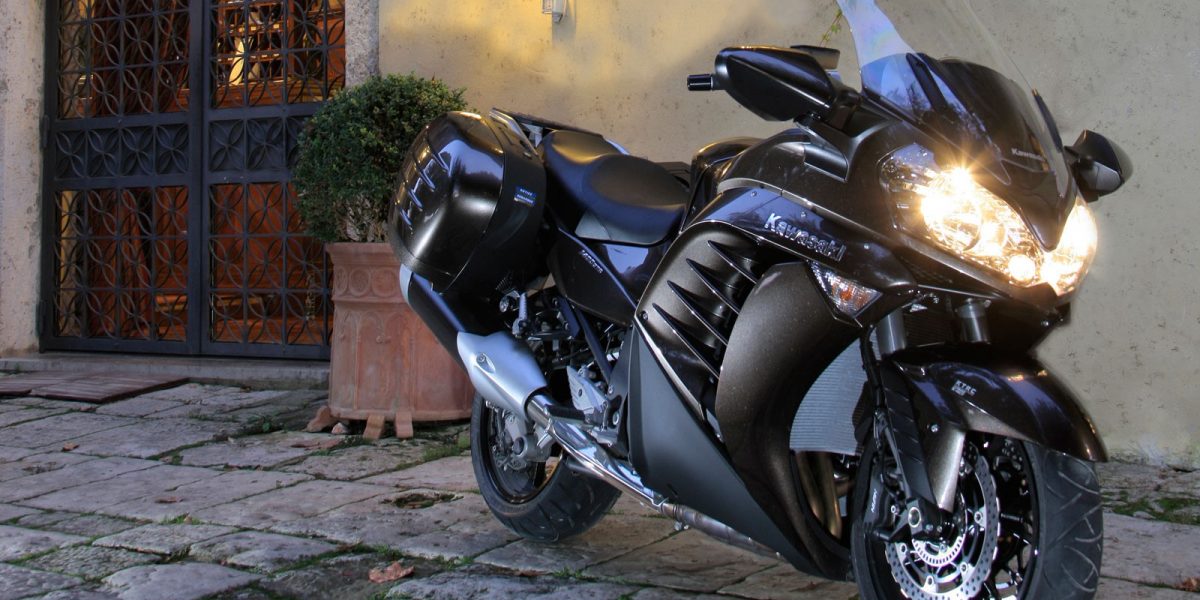 Back out on the road, Paul Browne put an immaculate ‘pre-loved’ Kawasaki GTR1400 to the test, finding it big, heavy, powerful and yet exceptionally well-mannered.

They say big is beautiful and Kawasaki’s GTR1400 makes their point well, whoever ‘they’ are. 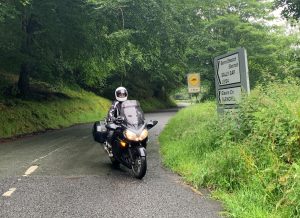 It has a big wide headlamp and an even bigger, wider front profile thanks to its large and highly effective mirrors.

The clocks are easy to read with large, traditional analogue speedo and rev counter. This is topped with a digital screen that carries all the relevant information, such as tyre pressures, fuel load, time of day, range to empty and a gear indicator.

The switchgear includes buttons for adjusting the traction control and the ABS as well as a hazard light button.

The bodywork is all about clean lines.

The clear-lensed tail light and indicators are a nice touch.

A testament to how well designed the luggage is that when its taken off the bike it looks like something is missing! The main stand makes loading the bike so much simpler than it is without one.

The engine is also big. A 1400cc inline-four producing 155 bhp and over 100 foot pounds of torque is very impressive and doesn’t leave the rider wanting.

One of the more interesting features was the variable valve timing. It was so subtle that I almost didn’t notice it on my test ride. The power is delivered to the rear wheel via a shaft drive unit, which is low maintenance and hassle free. 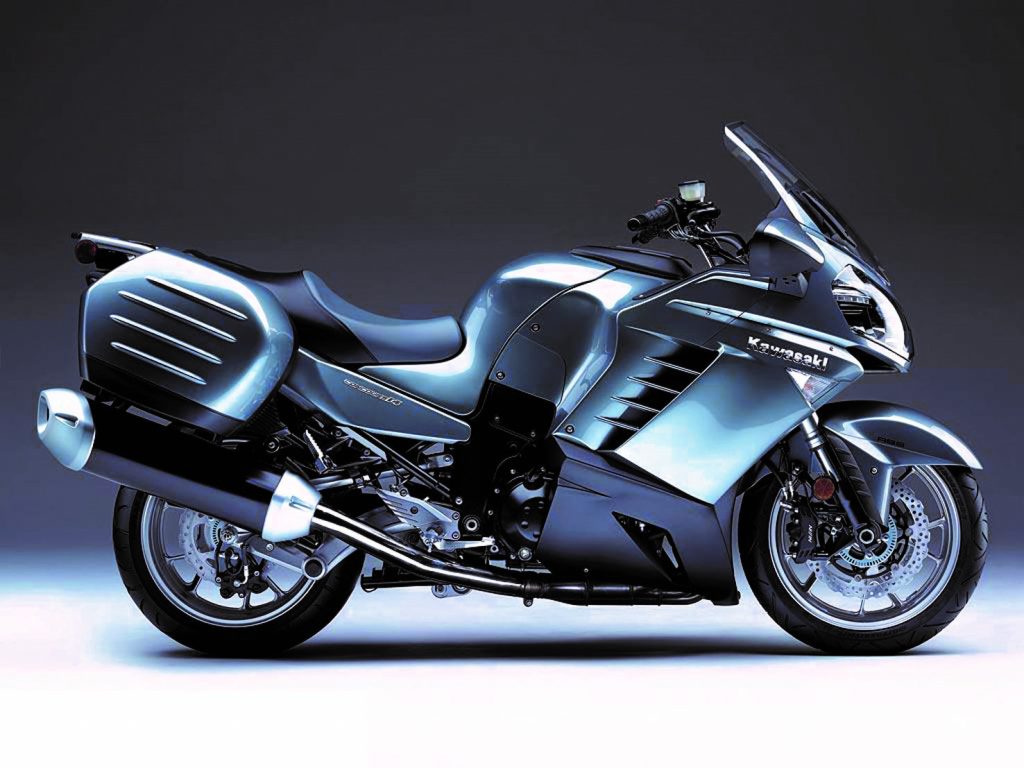 The GTR1400 comes with a transponder. The key, which has a large head rather like an old radio dial, is left in the ignition. If someone attempts to start the bike or remove the key the alarm goes off. The transponder remains with the rider when they are on and off the bike t. It’s quite an effective keyless ignition system and adds greatly to the comfort on a long trip.

Once underway it doesn’t disappoint.

The engine has, unsurprisingly, a very linear delivery and the power just keeps coming all the way through the rev range and all six speeds.

On this particular test I didn’t get anywhere near the GTR1400’s limits, but suffice to say it wouldn’t bring any shame or embarrassment to itself on a German autobahn. This bike definitely comes from the same stable as the ZX range.

Ready to go the GTR weighs a little over 300kg. Heavy yes, but it wears its weight well. Riding through the twisties on the obligatory Sunday morning spin it benefits from a little more counter steer than a smaller bike. but behaves much better than what we could reasonably expect from a bigger machine.

The ABS has two settings neither of which seemed hugely different to each other as far as I could see. The brakes are integrated, press the back and you get some front and vice versa. The traction control is surprisingly unobtrusive kicking in when necessary for much shorter bursts than other manufacturers offerings.

This particular GTR1400 is available at Megabikes on Dublin’s Wexford Street. Call Ciaran on 01478 4201 for more details. A brand new one is also available for as little as €15,950.