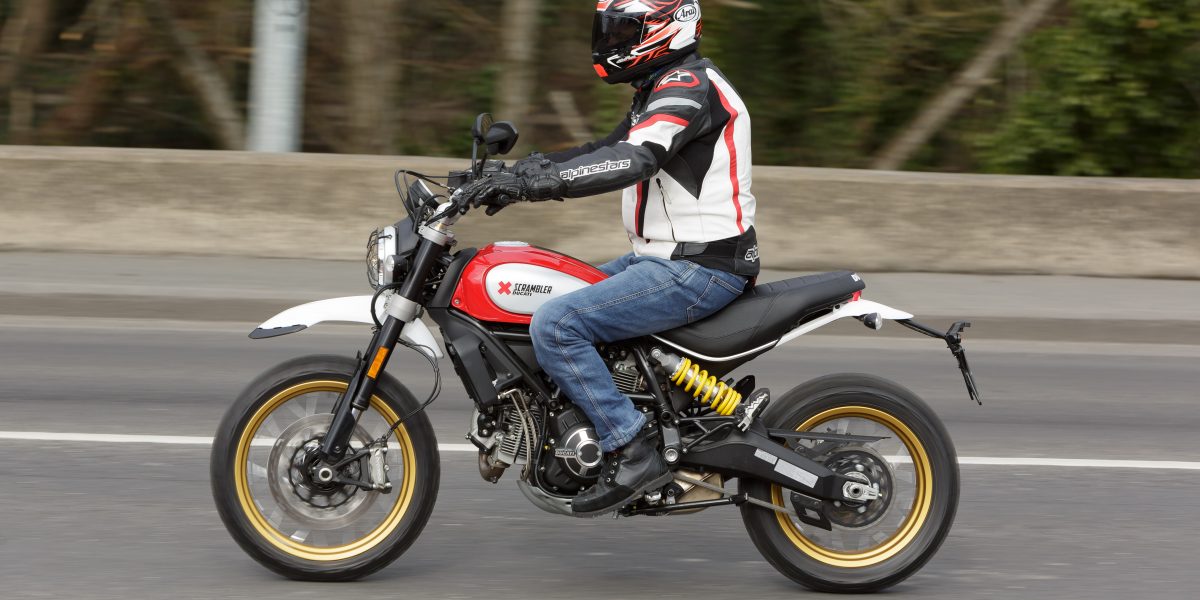 Taking the urban Ducati Scrambler and giving it the off road treatment has resulted in a surprisingly good motorcycle. It was our Californian cousins that first coined the ‘desert sled’ back in the day when riders would  modify standard road bikes to make them dirt track resistant. 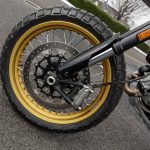 Some of us can be a little bit cynical.

So seeing yet another Scrambler emerge from the Ducati stable usually isn’t enough to get us to stop smoking our cigar long enough for the salesman to explain what we’re looking at.

This one, however, has gold rims and spoked wheels.

And since we’re suckers for a set of spoked wheels on gold rims we had to take it from the dealership and rush to the centre of Dublin. There we parked it up outside a Dublin 2 café, before ordering a coffee and settling in to watch the neighbourhood’s army of hipsters look over the bike, a desperate need to own one evident in envious eyes.

This bike performs like a bike. There was very little of the ‘Land of joy’ twaddle that we’ve been exposed to over the last few years since the original Scrambler was launched.

The Sled is comfortable to ride. Hipster nonsense this isn’t, a real motorcycle it is. 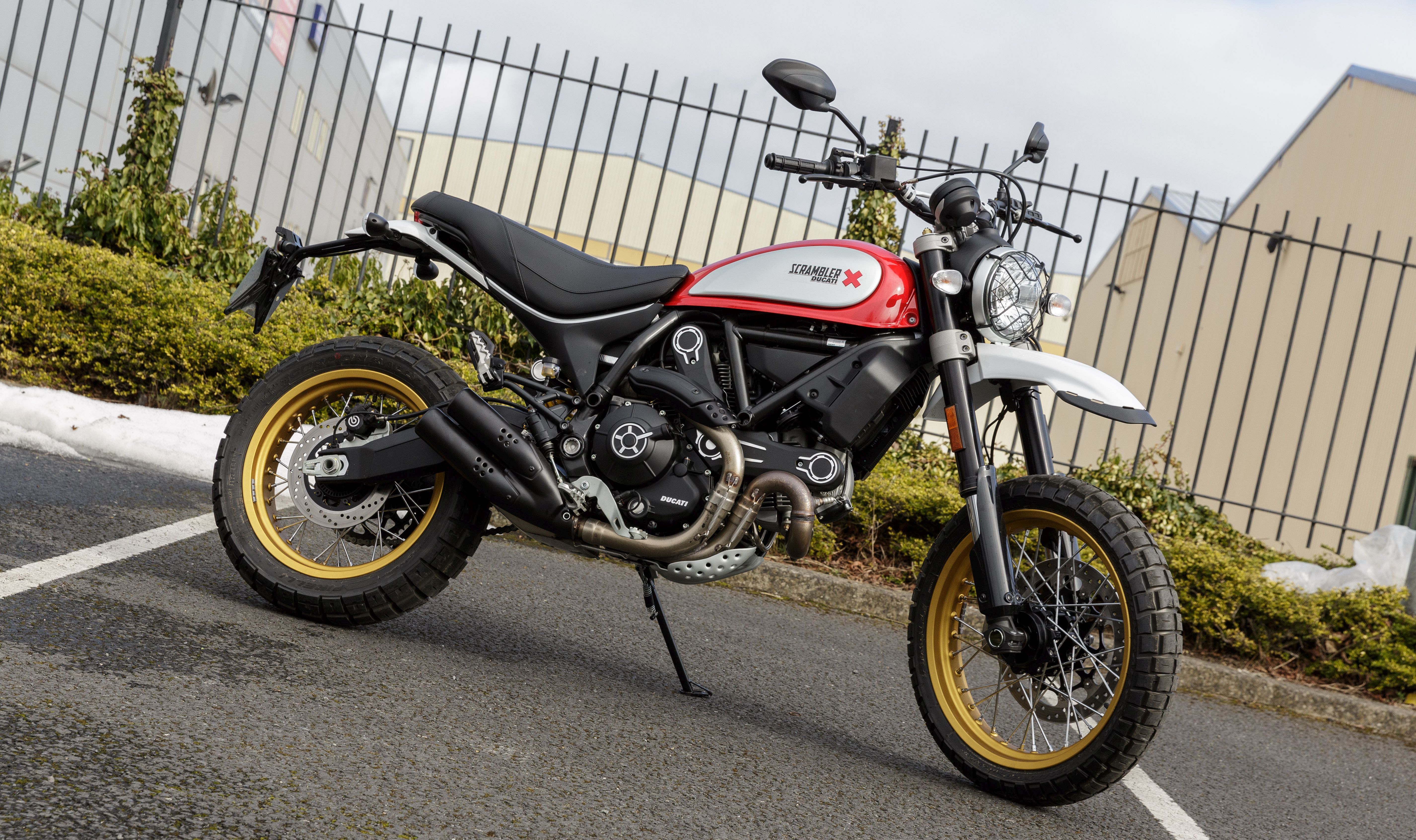 This is in a lot of ways thanks to it simply being a bigger machine. The seat is higher at 860mm. The height is countered by the machine being narrower at the front, allowing those with a shorter inside leg to get a foot on the deck while taking advantage of the increased elevation offered by the new accommodation.

The suspension has more travel, up 50mm to 200mm and the bars are both higher and wider.

The Scrambler has grown up and shed its small bike status.

The “sleding” aspect is accomplished by adding a higher set of mudguards, a bash plate over the engine, off road foot pegs and a very cool metal headlight protector. 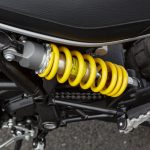 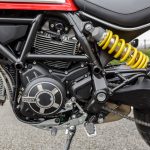 The styling is excellent with all the pertinent information displayed on the off-centre, mounted single clock. The brace on the handlebar probably isn’t completely necessary but should be there because it adds so much to the bike visually. 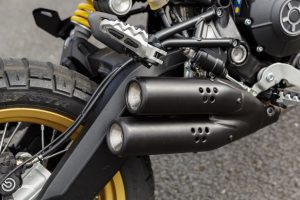 The motor is the same 803cc l twin that has powered the original bike across such a wonderfully broad choice of model derivatives. While it still produces 75 bhp it doesn’t leave the bike feeling underpowered in any way. The Scrambler range is also now supplemented by a learner friendly 400cc offering and there is an 1100cc version on the way.

Extras such as LED indicators and a ‘termi’ exhaust are all but compulsory. Standard Pirelli Scorpion tyres have something of a light off-road pedigree and manage to look the part while still performing perfectly on blacktop.