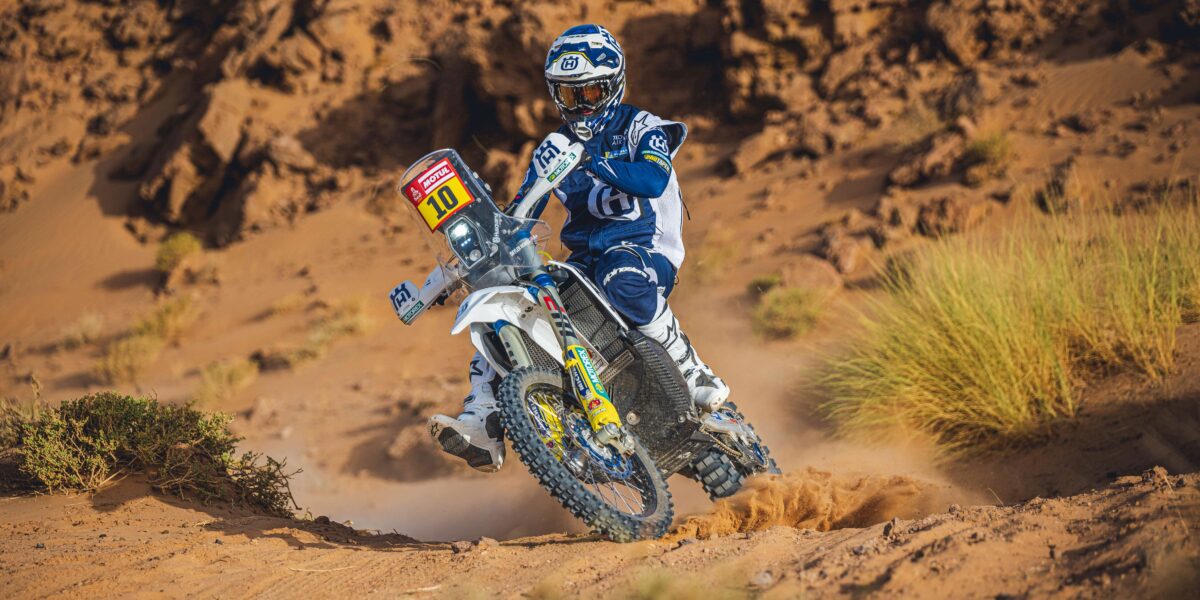 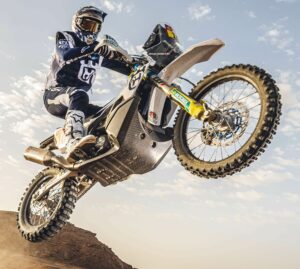 The globally renowned Dakar Rally is just a few weeks away. This year’s event is even more challenging. Are Husqvarna’s Dakar duo and their trusty FR 450s up for it…?

Both lads will be riding the Husqvarna FR 450 over the arduous 14-stage event, which starts in less than a month.

The 2023 shindig sees the usual long, timed specials, together with a few new rule changes that should put the duo, and their long suffering teams, through their paces.

Success in the sand

Both have had a reasonable season so far, putting in top ten finishes in the second round of the FIM World Rally-Raid Championship and the Abu Dhabi Desert Challenge, in the UAE. 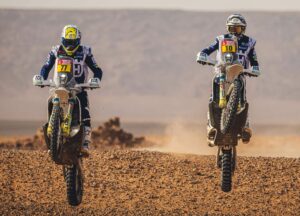 At round three in Morocco, Howes posted his first ever world championship victory with a win at the Rallye du Maroc. Benavides then brought his bike home to make it a Husqvarna one-two.

Finishing up with the Andalucia Rally in Spain, Benavides scored his second world championship podium with a third place finish.

The Dakar, which is now held in Saudi Arabia, kicks off on the 31st of December. It’s no doubt safe to presume a subdued new years eve party will be the order of the day!

The rally is the first of the season’s races in the FIM World Rally-Raid Championship.

The demands on everyone involved are extraordinary. The bikes need to be perfect from the get-go. They will also need to be extensively rebuilt at the end of most of the long, long days racing in the desert.

The challenges for the team are very real. This event is a long way from a ‘jolly’ in the sun.

The riders have also put a lot into the preparation for the event. A high level of physical fitness is the starting point for both men. They’re either working in the gym or else they’re on their bikes. 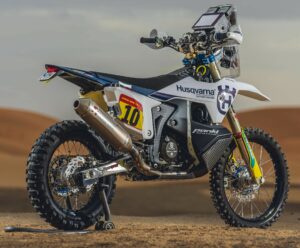 This year’s event also promises to be a renewed challenge on the navigation front.

Dakar Rally director David Castero reports that “It is a route that we have worked to make a little more difficult than in past years.”

In short, it’s going to be one hell of a work out for both man and machine.

With that in mind, we’re sure you’ll join us in wishing Skyler and Luciano pair every success in this year’s particularly testing race. As for questioning whether they’re up for it? Yes, they most definitely are.

Back here in Ireland, for us mere mortals the entire Husqvarna range is available from Dublin’s CCM Racing. Contact Gavin, or any of the team, on 014526170 and start living the dream.