A change is a comin’ from Harley-Davidson 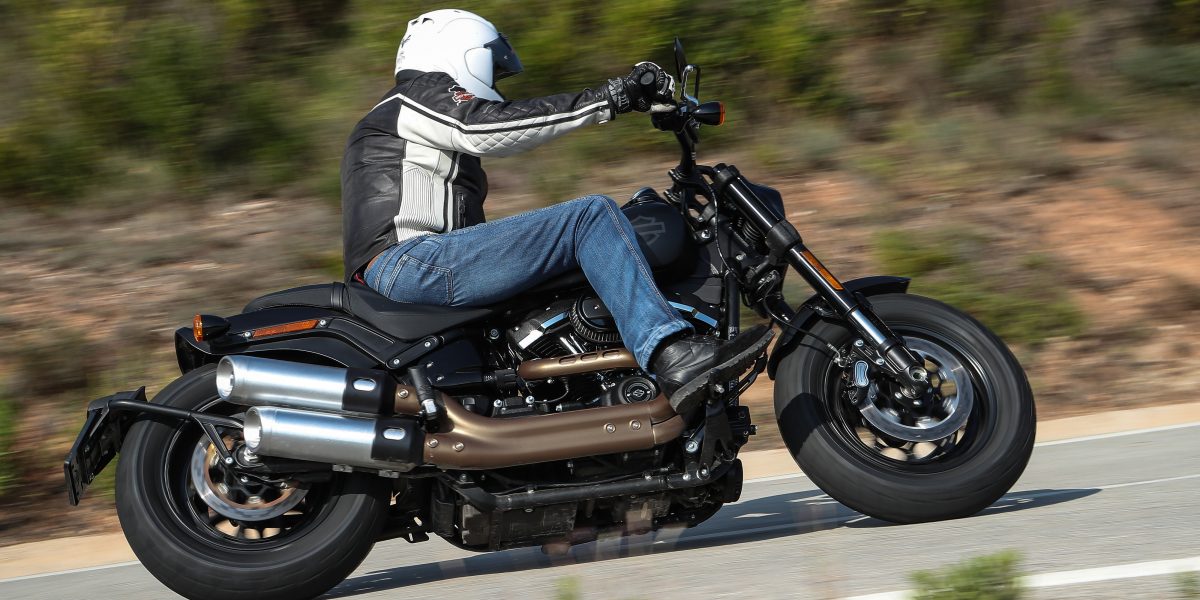 A change is a comin’ from Harley-Davidson

Harley-Davidson, ‘The Motor Company’, is 115 years young this year. To celebrate the iconic US manufacturer recently released not one but eight brand new machines in one go. All are new Softail models that blend raw riding elements of the Dyna line with the custom cool of the Softail range.

This, unsurprisingly, is the largest new product launch that the company has ever done.

All these bikes feature a new version of the Milwaukee-Eight engines that we first saw in the bigger touring bikes last year. They’re available in two displacements, 1,745cc and 1,868cc. That’s close enough to a two-litre V-twin in a motorcycle chassis, which in turn is the kind of number that grabs our attention.

Marry this to an all-new lighter and stronger frame and we get the promise of something brand new in terms of joy from our American cousins. This is immediately apparent when you consider the styling that the team from Milwaukee has graced the new bikes with. 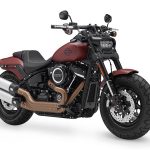 Enter the first of them, the all-new ‘Fat Bob’.

The front end features the company’s new Dual Bending valve suspension, which is claimed to be equal to Big Piston forks but without any form of adjustment. The rear features a single shock hidden in true Softail-style but which sits between the top of the wide swingarm and the frame.

Rather wonderfully this Fat Bob has shed a bit of weight – and comes in at a staggering 15 kilograms less than the previous model.

The upside down forks proudly hold a sharp looking wheel with a pair of 300mm brake discs as well as a 150/80 section front tyre. It sounds like it shouldn’t work and might be more at home on a Suzuki Van-Van, but it looks so meaty and cool that it gives the bike an air of indestructability. 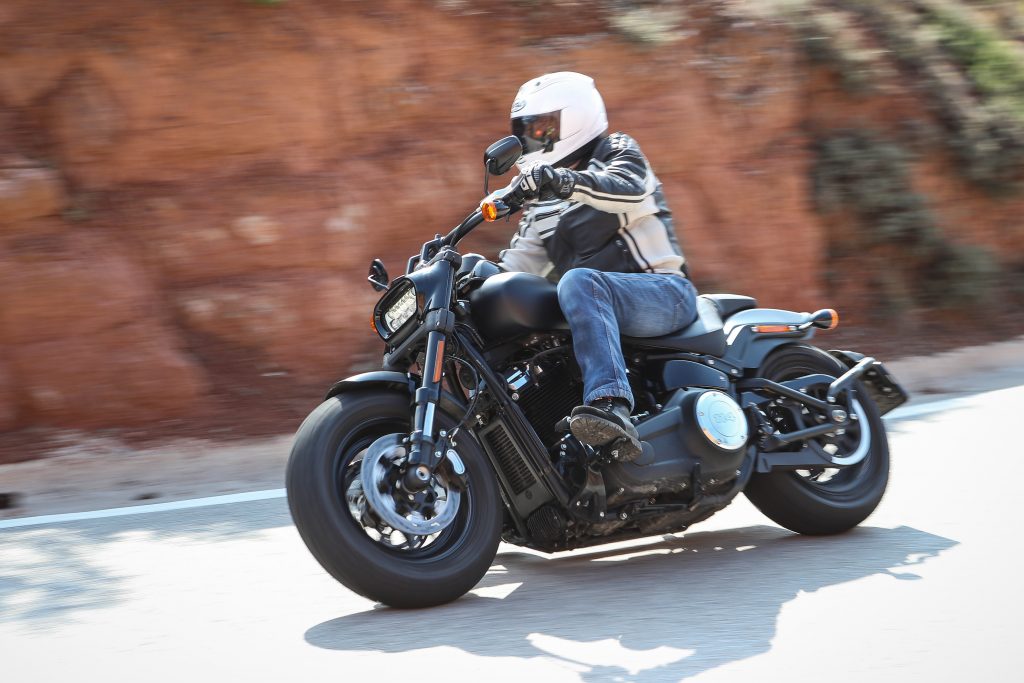 The 180 section tyre down the back adds to this. Both 16-inch diameter wheels are as impressive to view as the new and highly effective rectangular Daymaker headlamp. This is a bike that really looks good and performs better still.

The new Fat Bob is the very first Harley which offers enough ground clearance to be ridden with abandon and minimal peg dragging in most tight corners. The bars are straight-ish and over-sized in the middle section while the seat height is an acceptable 710mm. As the rear suspension preload is adjustable, there is a little more in this last one. 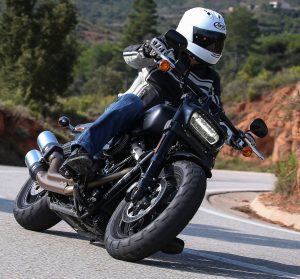 Meanwhile the lightweight canbus wiring is hidden in the frame. The battery is significantly more powerful than the previous model. The Milwaukee-Eight loses (thankfully) nearly all of the ‘character building’ Harley Davidson vibration and it just looks so cool either in motion or parked up. Best of all the bigger engine produces 155 newton metres of torque at only 3,500 rpm.

The great news is the all-new Softail Fat Bob was officially launched late last year and is now available to test ride.