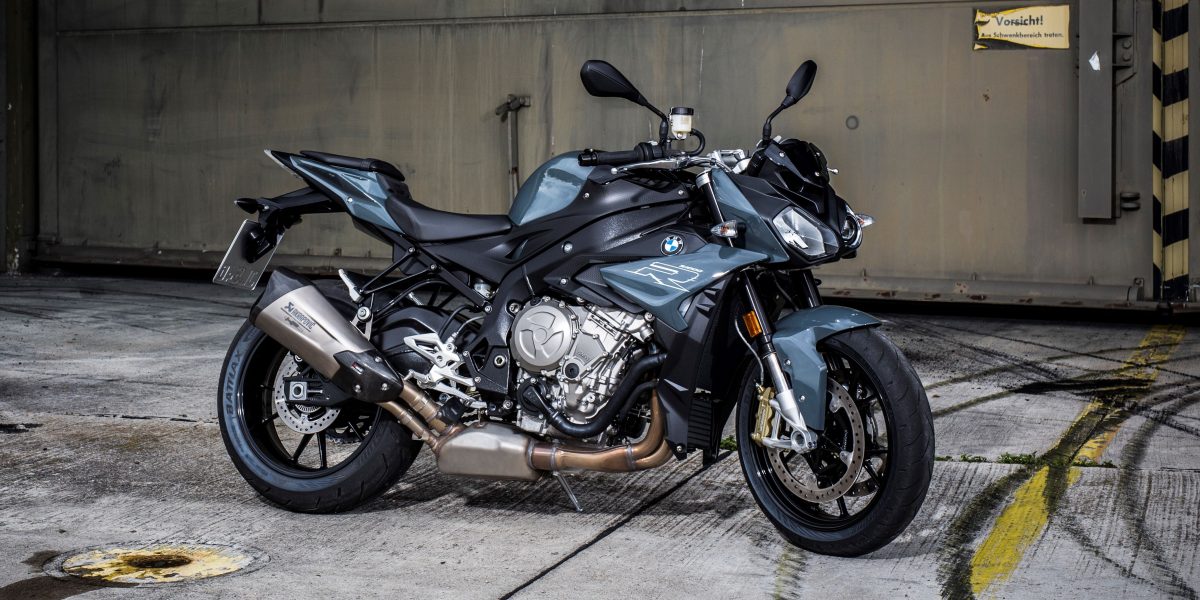 Every now and then a bike comes along that’s brilliant. The BMW S1000R is one.

Derived from the ‘RR’ the bike is the roadster and sits between the race rep and the XR. 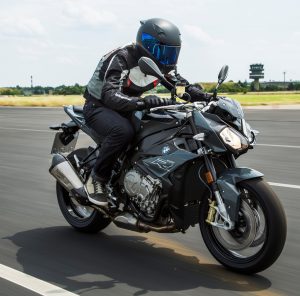 he current model has five more ponies than the last one, coming off the dyno at 165bhp. That’s long way off the flagship double R’s 210 plus, but still plenty to work with on a fast country road or on a trackday.

Features like a very clever set of vibration decoupled handlebars reward the rider with a further increase in comfort. This makes the bike a machine that it’s possible to ride all day.

On one day on test I put in a little over 500 kilometres and got off it feeling fresh.

The new bike has a revised frame structure as well as a lighter rear section. Saving weight on the subframe contributes in no small way to improving the bike’s handling. This is particularly true in those faster corners where the bike does so wonderfully.

Optional equipment such as the ABS Pro is a new element of the “Riding Modes Pro” system. The other one that always makes a great impression is the clutchless shifting both up and down the gearbox thanks to the HP Shift Assistant Pro.

The bike’s overall weight falls below that magic 200 kilo figure once the HP forged wheels are fitted. They are  available as a new optional equipment items ex works and shave an impressive 2.4 kilos off the package.

The ABS system is BMW Motorrad’s race system and can be tailored accordingly. It also has Race Automatic Stability Control, or ASC to you and me. This has been a feature on the RR for a while now as has the choice of riding modes.

Sit on the bike and the first thing you notice is how compact the thing feels.

Once underway in the car park while still in first gear, and at little more than walking pace, the single R is full of intention. The low growl from the exhaust grumbles wonderfully! 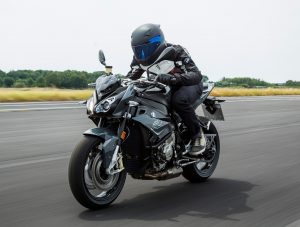 This is very much a bike in its own right. It may have been derived from the S1000RR but it’s not a naked one. The power delivery is excellent. There simply aren’t any surprises. It’s all very linear and predictable and there are buckets of the stuff on tap.

The bike corners like it was made to annihilate even the most determined dogleg! The front end falls in like it’s running on a smaller wheel. The cornering on this thing is so sensational that it almost seems like a shame to ride it in a straight line.

It has all the power you could ever need. The really clever thing about it is that it can actually be ridden slow enough to commute through Dublin traffic without resulting in the rider needing chiropractic attention.

Call our specialist bike team on 1890 945 950 for your BMW motorcycle insurance quote.