BMW makes it Pure and simple 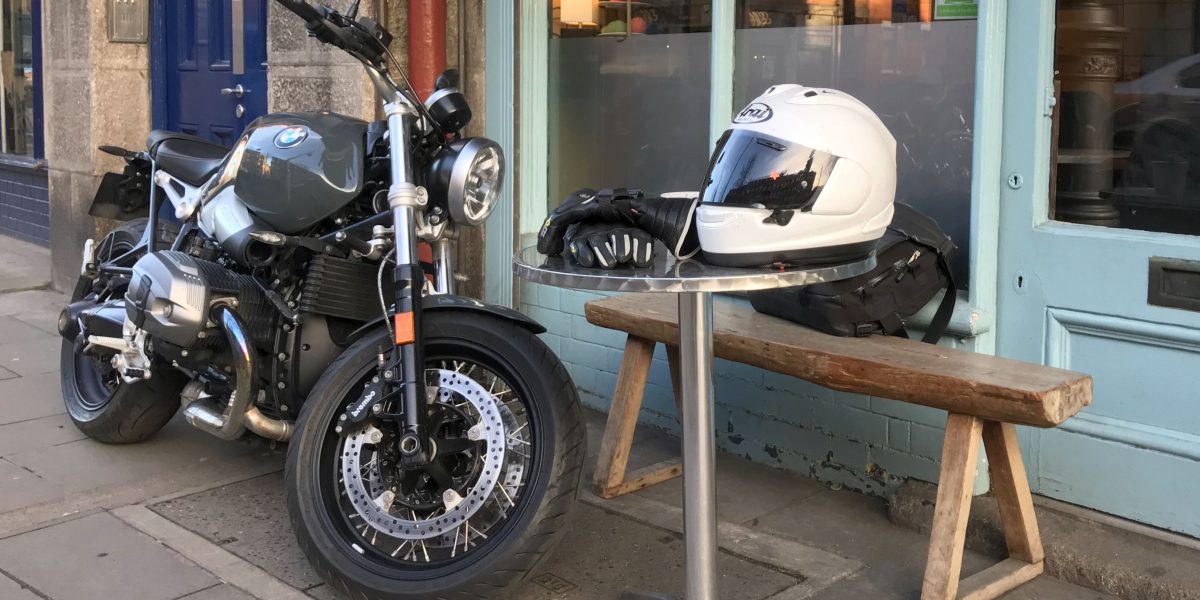 BMW makes it Pure and simple

BMWs R Nine T experiment continues with the latest addition to the range, the ‘Pure’ joining the fleet for this year.

There are now a host of machines derived from this one basic idea: that a bike in the range could be as simple as this one and still sell. The fact that it does is testament to the quality of that idea – and how well the German company has executed it.

There are now no fewer than five individual machines in what BMW Motorrad call their Heritage range.

All look the part and offer something a little different.

The original R Nine T is still available as is the Urban GS with its racing colour scheme. The Scrambler looks the part with its short tan seat and ‘Ackra’ exhaust, while the Racer evokes the ‘devil may care’ attitude of the racers of yesteryear. 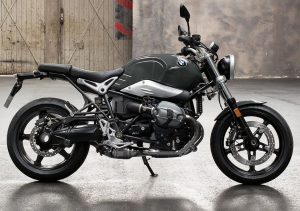 The Pure however, is the one for us. A simple motorcycle unburdened by any unnecessary additions.

It harks back to the 1920s when Bavarian Motor Works first introduced motorcycles.

Back then, and for a long time afterwards, motorcycle manufacturers sold a running machine that its subsequent and final owners would modify to their needs.

They were used as a starting point by people who had enough mechanical knowledge to keep them running and the necessary practical skills to modify them into something that worked well for their purposes.

Today? Well firstly the Pure R Nine T is blessed with components that are second to none.

It incorporates a totally modern and emissions compliant engine, as well as practical safety features such as the ABS system. But it doesn’t have the wealth of features we now associate with the brand, such as heated seats and multi-function featuring onboard computers.

The Pure’s back end uses the Paralever system that we know and love from the rest of the Boxer engine powered range. However, unlike its range compatriots, the front end is sprung with a conventional fork rather than telever system

At the risk of over simplifying things, it’s a little like putting the back end of a GS onto the bike whilst using the front end from the S1000RR!

The great thing is that they’ve managed to make it work.

Tuned to an R Nine T

BMW has tuned it so that it still feels different to ride, without it working the rider too hard. There is something about this set-up that creates the feeling this R Nine T been made to work from the components that were available, rather than what the perfect arrangement might have been.

Brilliantly, the end result is a wonderful. It creates a riding experience that somehow makes bikes with electronically adjustable suspension seem, in some way, quite sad.

The body work is functional and, at the risk of sounding lazy, pure.

There is nothing on the bike that doesn’t actually need to be on it. The saddle will take a pillion, but as it’s not exactly the most accommodating of passenger machines. Perhaps the purer of riding experiences are better experienced alone? 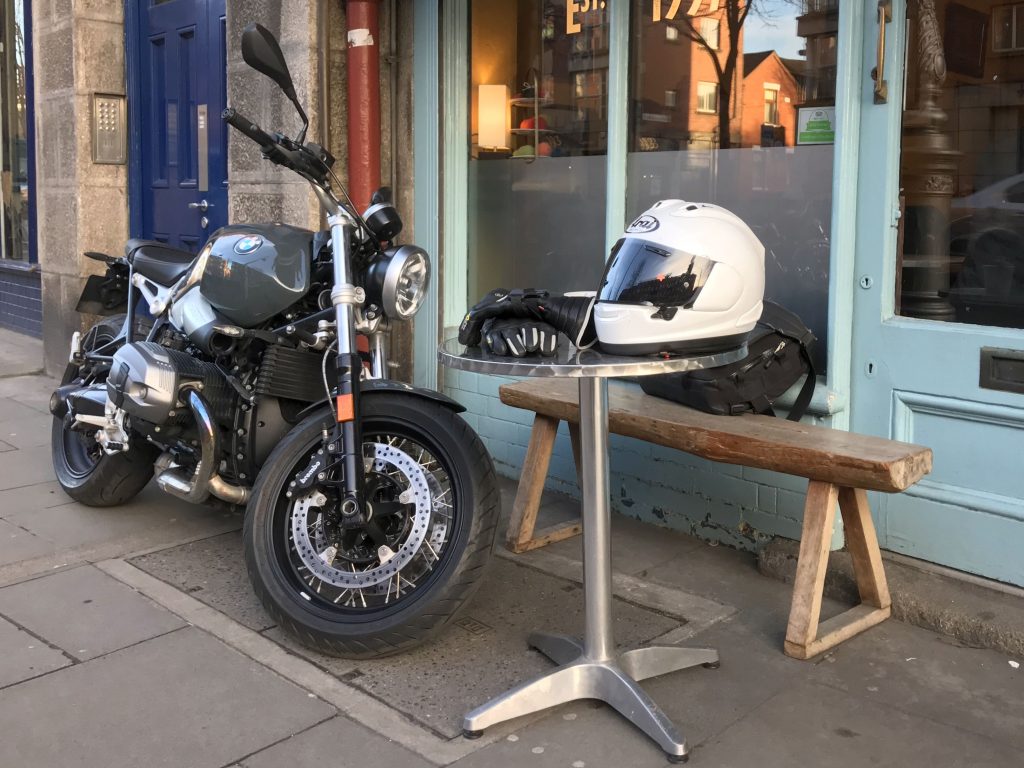 Parked up outside one of Dublin city’s finest cafes, the Bite Of Life on Patrick Street, the Pure looks at home in what is the cooler part of town.

Tellingly the wax cotton wearing Dublin 8 super cool folk looked at the machine with their greedy, coveting, hipster eyes in a way that one could only find more than gratifying!