❤ Love Is, a mint Hypermotard 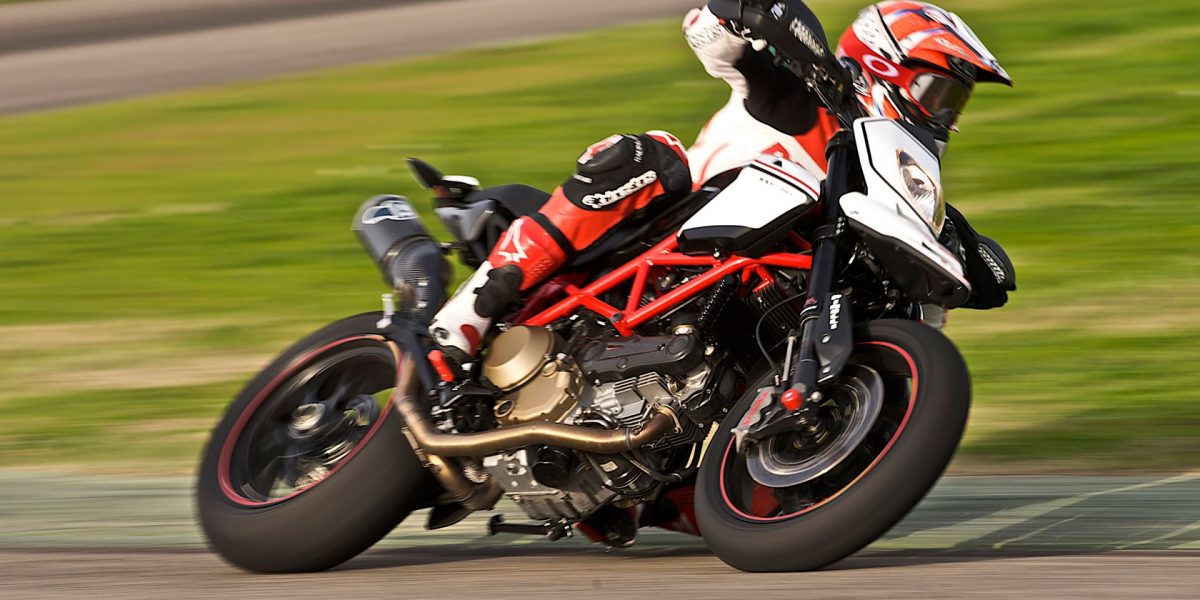 ❤ Love Is, a mint Hypermotard

A little used Hypermotard landing in Overlanders & AMI’s hands has reminded Paul Browne of his love for the much-acclaimed Ducati.

The team at Overlanders and AMI recently took a little used Hypermotard into stock. The 1100cc V-Twin engined Italian is the Evo SP version and the thing has only has 3,600 authenticated miles on its clock!

The Ducati has aged well with those mirrors, which, for styling reasons, sit on the end of the handlebars and can be folded in to complete a set of hand guards. When folded out, while highly efficient, they have the effect of making the bike wider and difficult to filter through traffic on. This is particularly vexing as the bike fits through the narrowest of gaps thanks to its otherwise narrow profile.

One option is simply to fold them in and resolve to do more frequent and complete shoulder checks on what is an excellent road bike. 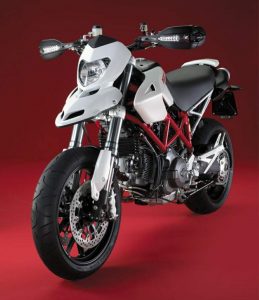 With a seat height of 845mm and a 90bhp engine, this motocross shaped thug of a bike brings out the best in even the most conservative of riders.

The ergonomics pull the rider into a racer’s poise. The result here is a bike that one either loves or hates. It’s also one that leads the rider to get the very best from it.

There have been several different versions of the ‘Hyper.’ The original standard and ‘S’ models were supplemented with the high spec, light weight EVO and, a few years ago, the smaller 796 was added to the range.  Then the line-up saw a new standard bike as well as a fresh SP version with lots of tasty bits and the all-new Hyperstrada, a Hypermotard with panniers and a screen.

You get the impression that this really wasn’t what the original designer of the bike was getting at. That is, of course, unless you were planning on going on a touring holiday that involved robbing banks. The SP is the one you want.

This one has a new liquid-cooled eleven-degree engine, a new exhaust system and even a slipper clutch.

It looks similar to the old one, but is lighter, faster and cleaner than the previous model.

In short the Hypermotard is an excellent barrel of fun of a motorcycle. While it still doesn’t have a scabbard fitted as standard for one’s shotgun, its more than enough of a motorcycle to get you into a lot of trouble (Ed’s note: Hey Paul, as a responsible motorcycle insurance broker you know can’t be encouraging folk to court, let alone get into, trouble?).

Stock images have been used here to illustrate this much-admired Hypermotard. If you’d like a closer look at the little-used model which is on sale for €9,950, give Gary at Overlanders a call on 053 942 2415.